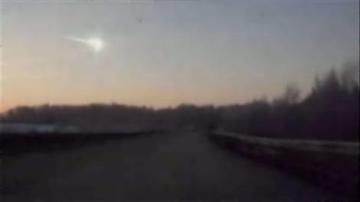 RUSSIA — About 500 people  were by injured by fireballs from a meteorite after exploded over centeral Russia.

The fireballs crashed to earth smashing windows and set off car alarms. Russian media reports that 270 buildings sustained damage from the shock wave of the blast.

Russian police said people reported hearing what sounded like an explosion.  Witnesses said they saw a bright light and then felt a shock wave.

Officers said many of the injures were caused by flying glass. None of the injuries are thought to be serious.