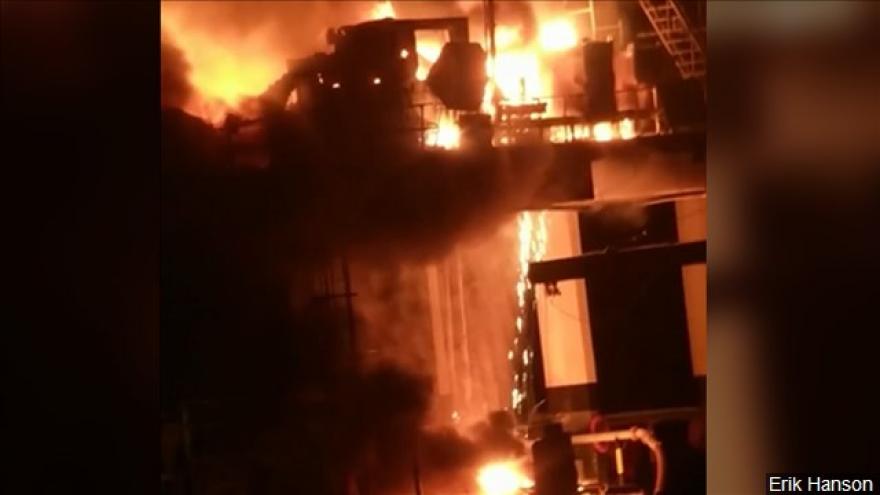 Nearby residents reported hearing what sounded like a "sonic boom" coming from the lake at 7:19 p.m. local time, at which point the city's fire department was dispatched to investigate, said Ben Zahn, mayor of the city of Kenner.

The platform, which is a storage and transfer structure for oil wells on the lake, was still burning, Jefferson Parish Sheriff Joe Lopinto said at a press conference late Sunday.

The seven injured people were taken to the hospital.

It was also unclear but likely that oil was spilling into Lake Pontchartrain, said Chief Dave Tibbits of the East Bay Consolidated Fire Department.

Officials were trying to find the valve to shut off what they believe is oil leaking into the lake.

What caused the blast is unclear, but fire investigators are looking at the possibility of a combination of chemicals that may have ignited on the platform and led to the explosion.

Based on that assessment, the situation was expected to be contained relatively quickly, he added.