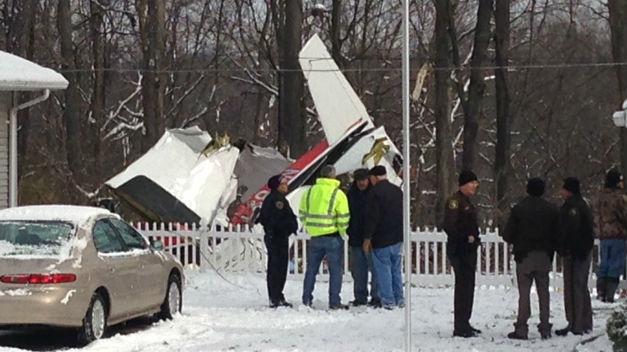 The Federal Aviation Administration is investigating a plane crash in Berrien Springs that sent four people to the hospital Friday morning.

Upon arrival, the responding police and fire personnel found three occupants of the four seat single engine airplane out of the plane, with the pilot still trapped inside, hanging upside down in his seat.

The pilot was removed from the airplane, and the passengers were taken to Lakeland Health Care in St. Joseph, Michigan for injuries ranging from minor to serious.

The airplane landed approximately five to six feet away from a home on Bluff Street, but there was no damage done to the home.

The occupants say the airplane's engine failed at some time during their flight from Richmond, Ind. to the Andrews University Airpark for a family gathering.

Police say the plane's owner, Dr. William Fisher, was the acting co-pilot during the flight.