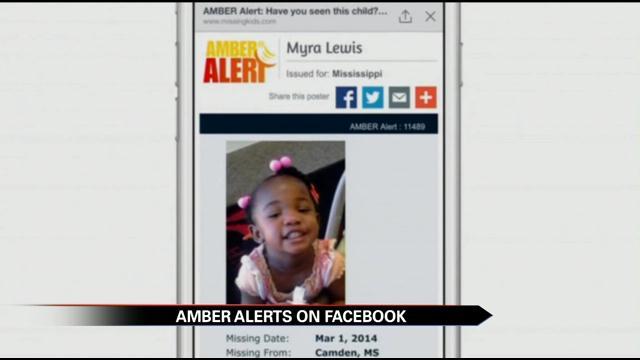 Facebook, a popular social media website, began a partnership with the National Center for Missing and Exploited Children to send out Amber Alerts.

When a child goes missing time is critical.

So using Facebook one of the biggest social media sites in the world, seems like a no-brainier.

Now being able to put out an alert to users in the immediate area of where a child went missing could potentially help bring children home quicker.

Bob Hover with the National Center for Missing and Exploited Children says Amber Alerts will now appear in your feed as soon as that alert is sent out by authorities.

Alerts are based on location, if someone decides to take a vacation in another part of the country they will receive alerts where they are.

The alert will include a picture and description of the missing child.

As for cold cases, Hover says families may be prompted to taking to Facebook and making their own page for their missing child.

He goes on to say that the public should not just scroll past these alerts like another status update, and to pay attention because time is critical in these situations.
Share this article: