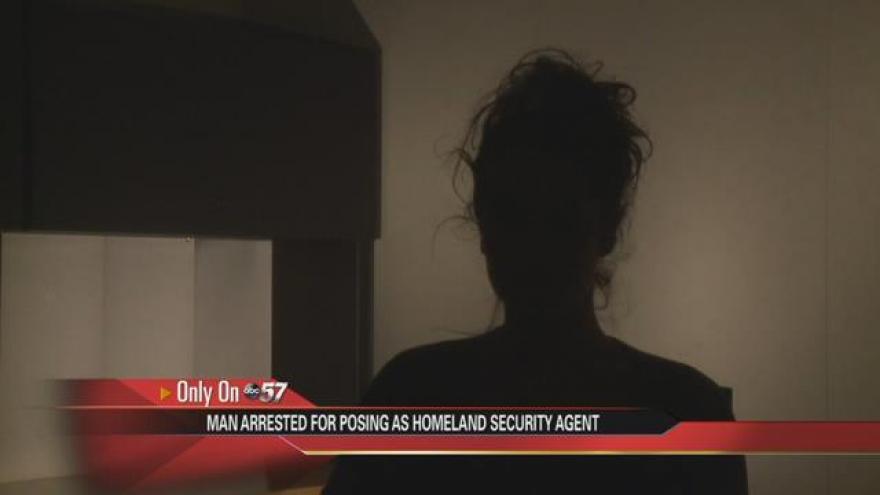 A man is facing several serious charges for posing as a federal agent.

Police say 37-year-old Patrick Hancock has been using forged government documents to make people believe he is an officer with Homeland Security.

According to court documents, Hancock presented a fake warrant Saturday night for the arrest of an employee at the Torch Lounge.

The victim, who wants to remain anonymous, says Hancock was a patron of the Torch and would spend a few nights there every week.

“He was happy to be there hanging out with people who he could trust and protect. Every time he came in he had a handgun on him, handcuffs, he would wear a Department of Homeland Security badge around his neck,” said the victim.

The victim says she notified her managers. When he showed up at the Torch on Saturday with the forged warrant for her arrest, the managers called police.

“He could have taken me and who knows what he could have done with me, which is scary. It gives me chills,” said the victim.

Police say Hancock had a gun and handcuffs. At his home they also found a Ford SUV equipped with red and blue emergency lights.

When police located Hancock, he denied going to the Torch and denied he had a weapon. He told police he worked for a security agency in Chicago and was contracted through the company to work with the Department of Homeland Security on a joint terrorism task force.

Hancock was arrested and is facing charges of impersonation of a public servant, carrying a handgun without a license, false government identification, counterfeiting, attempted criminal confinement, and invasion of privacy.

Police say Hancock was previously convicted of impersonation of a public servant and spent two and a half years in prison.

The victim says she hopes a more severe penalty will come from his latest charges.

“I would like to say put him in solitary confinement or on a deserted island so he has no chance of finding me, something that will actually make him say to himself I need to stop doing this,” said the victim.

Hancock initial hearing is scheduled for February 7th. He is currently at the St. Joseph County Jail on a $500,000 bond.