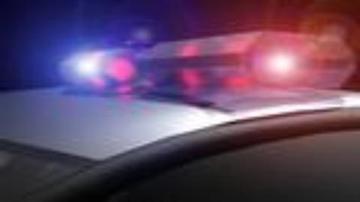 SOUTH BEND, Ind. - A person was pulled over on Main Street at Farneman Ave. Wednesday afternoon, the only problem is it was a fake cop.

The driver said that they were pulled over by someone in a dark blue or black Taurus, with dark tinted windows and a flashing red light on the dash.

It looked legit enough for the driver to pull over. But without a badge or a radio the driver grew concerned, even though the guy had a gun at his waist. The driver asked for a badge and when the "officer" couldn't come up with one the driver took off.

The fake cop has those living near the intersection off Main Street very concerned.

"It's very shocking because me and my children have been here over two years and we're not use to anything over here like that," Bryan Grant said.

Grant lives in the row of houses along Main Street leading up to Farneman Ave. where the car was pulled over.

"It's scary, it really is. Obviously if a cop pulls you over you're going to pull straight over but to not know if it's really a cop is extra scary," Grant said.

The fake cop was described as a heavy set white man, about 250 lbs with red hair and red facial hair. He was wearing camouflage pants and a shirt that said "Police."

When the driver took off, the suspect didn't pursue him and drove away.

Anyone with information about the incident is asked to call the South Bend Police Department at 574-235-9201.