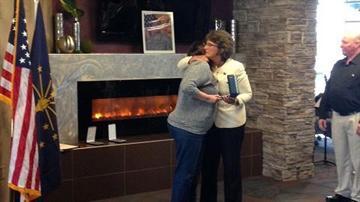 GRANGER, Ind. -- An Elkhart soldier who was killed in Afghanistan last December was honored Thursday.

The ceremony was held Thursday at Granger Community Church.

Staff Sergeant Williams was 30 years old when he died in a Blackhawk helicopter crash in Afghanistan on December 17th. Five other American soldiers were killed in the same accident.

He had served in the U.S. Armed Forces for almost 8 years prior to the accident.

Staff Sergeant Williams was laid to rest with military honors on January 3rd following his funeral, a service attended by almost 800 people.