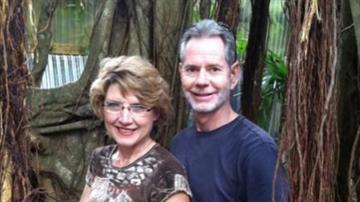 An Indiana pilot disappeared on a mission trip thousands of miles away. Now his family is pleading for help. His plane took off from South Africa to Mali, but never landed. Family members told us via Skype -- they are fearing the worst.

Her father Jerry was doing mission work off the coast of west Africa last month, when he set off in his plane, but never touched down.

"We've done a number of things trying to locate any part of my Dad's airplane, but we haven't found anything," Krause said from Mali, via Skype interview.

The Indiana pilot hasn't been heard from since. Now, she and other family members are trying to figure out what exactly happened. They've conducted a number of boat, air and land searches across Africa, but so far, they haven't had any luck.

"With the help of God, and the support we've gotten, it's been an adventure," Krause said. "But I can definitely see God's faith holding us throughout it."

Her father has made half a dozen of these flights before, so she's confident he didn't crash.

Also, the emergency location transmitter in his aircraft was never activated, meaning the plane could still be intact with Jerry alive and well.

"From all the contacts we have working on this, I really think we're going to come up with something. I don't necessarily know which direction it's going to be, but I think we'll have some closure.