Family finds one burglar asleep in dog kennel, another hiding in the garden 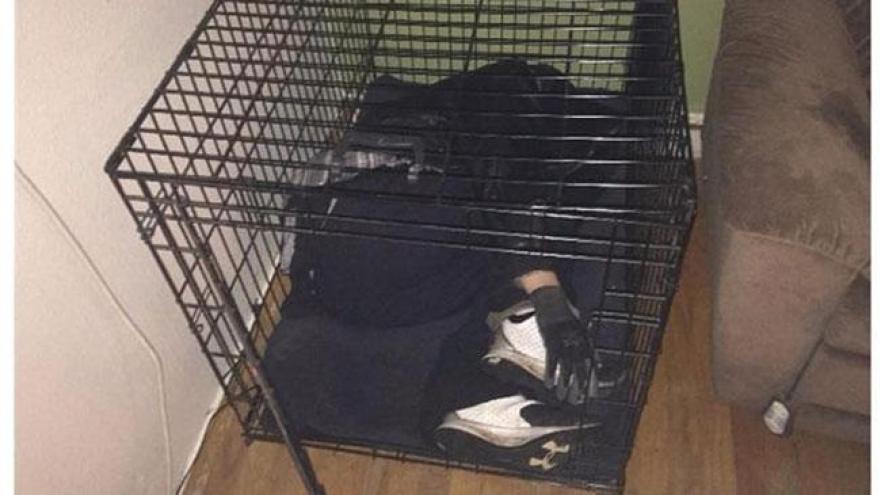 Officers from the Portland Police Bureau responded to the residence in the 12300 block of Northeast Multnomah Street at 5:42 a.m.

The homeowner, Marion Cameron, told FOX 12 the suspect was out cold even after trying to wake him up.

"When I saw him in over her I kicked him. He wasn't going to wake up for the world," said Cameron.

In the kennel was 43-year-old Bruce Drumright.

"We actually left him there and searched the rest of the house, outside of the property," said Cameron.

Cameron's wife got an alert on her surveillance app that showed another man walking alongside Drumright and they're seen going through the back door.

"My wife called me up and said 'hey, he just ran across the backyard,'" Cameron said.

"It turns out everything that was stolen out of the house was stolen from a 10-year-old girl and it was all in his backpack," said Cameron.

"He tried to take my Pokemon tin that had a lot of money in it," said Cameron's granddaughter, Alex. "I feel bad for him. I feel like maybe he did it for a reason and I feel bad, like, he thinks it's OK for him to do this to steal from a person like me or a person like my grandpa, really anyone."

The worst part is Cameron says that he knows the suspect.

"This guy actually used to live next door to me. I used to pay him to do handiwork at my house, and on top of that I actually gave him a job working for me," Cameron explained. "It really bothers me that he would do something like that especially somebody that close that I thought of the guy as a friend."

Drumright was booked into the Multnomah County Jail on a charge of second-degree burglary.

Maller was booked into the Multnomah County Jail on a charge of first-degree burglary and a parole violation.