Family speaks out after possible remains of Trina Winston found 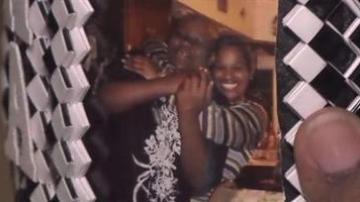 SOUTH BEND, Ind. -- A body found in Chicago on Tuesday may be that of Trina Winston, according to St. Joseph County Metro Homicide. Investigators say they have reason to believe the body is that of Winston, but are waiting the results of an autopsy to positively identify the remains.

While Trina Winston's family has some closure, they are now left with even more questions. Winston disappeared in August. Since then, her family has held a vigil, hung up flyers and scoured the area, including Chicago, in search of her.

Right now, Winston's ex-husband Tarrence Lee, 49, sits behind bars. Police charged Lee with Winston's murder just days after she disappeared, despite not having found her body.

According to the charging affidavit, Lee told a group of three acquaintances he needed help disposing of her body. One of the men saw Winston's body on the living room floor and refused to help. He later called police, while the other two men stayed to help move the body.

It is a difficult time for Winston's family. On one hand, they said they are relieved to have some closure to her disappearance, but on the other, the hope that they would ever see her again is now gone.

"I miss her," Sheila Redding said through tears Wednesday as she talked about her little sister, Trina Winston.

Two months after she went missing from her Mishawaka home, police announced they may have found the 45-year-old's remains in a Chicago neighborhood.

"We wouldn't wish this on anyone. It's been 70 some days of just waiting and not knowing," said Redding.

Her family prayed for her safe return and searched relentlessly for her - clinging to the hope that they would find her alive. The family's search even took them to Chicago, just two miles from where a utility worker stumbled upon her body Tuesday.

Winston's family said it was the last place Winston's estranged husband, Tarrence Lee, used his cell phone when she disappeared.

"God says he will give you more than what you can bear and I think that's probably why we didn't find her that day. I don't think any of us could have handled that," said Redding.

Redding said from the beginning her family was against Winston's decision to marry Lee. He is a convicted killer, with a violent past.

The two married shortly after he was released from prison. Lee served only 20 years of his 150 year sentence for the murder of two men and the attempted murder of young woman in South Bend.

But to Winston, he was a reformed ex-convict that had found God.

"To me I wanted to believe that he was a changed man," said Redding.

However, Winston's other family members weren't convinced and soon that gut-feeling would prove true. In the short time the couple was together, she filed numerous domestic violence reports with police and just two months after exchanging their vows, she filed for divorce.

"We probably will never know now, but something kept drawing her back," said Redding.

Her sister believes it was Lee's threats to kill Winston and the rest of her family that made her stay with him despite the abuse.

Police said Lee was driven to murder after suspicions that she cheated and for deciding to end the marriage.

Redding said the signs were all there and believes her sister's death could have been prevented.

"They never should have let him out, he should still be serving."

It has left Winston's family with an overwhelming fear that Winston won't be his last victim.

"Is he going to get out again, to do this again? This makes four people's live he has done and took."

Winston's family said they are now face the financial burden of celebrating Winston's life and giving her a proper burial. They have set up a fund to help with the costs, donations can be made at any Wells Fargo location.