Family still searching for missing Elkhart Man after one week 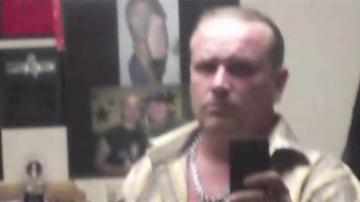 "I'm terrified," said Miller. "He's more than just a brother, we were best friends. We talk and text everyday."

She last heard from Mark on Friday, September 7. He was finishing up a client's tattoo that evening, and was supposed to be picked up by his wife the next morning.

His sister said when his wife arrived, Mark was no where to be found.

"Mark wouldn't have done this," said Miller. "This doesn't make any sense at all."

MIller liked to dress fashionably, so when his sister found some of his jewlery at the Tattoo Shop, she became suspicious.

She said he loved his business, children and friends whole-heartedly and wouldn't have just left it all behind.

"We're hoping Mark not only comes home healthy, but that he just comes home," said iller. "You know, the unknown, and not knowing where he's at, that's the worst."

He has a lot of tattoos on his arms, and has been known to wear a blue bandana. She's hoping he's found soon, because she and her family are having a hard time getting by without him.

"We're asking if anybody has any kind of news to come forward," Miller said. "The smallest thing could mean the biggest thing to us."