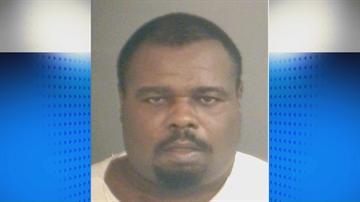 SOUTH BEND, Ind. – Terry Sturgis, 35, is in the St. Joseph County Jail accused of beating his own son to death.  Around 4 a.m. Friday police were called to a home on the 1100-block of West Washington Street, the caller said a young boy was not breathing.  They found 10-year-old Tramelle Sturgis unresponsive; he was taken to the hospital where he was pronounced dead.  Terry Sturgis claimed he had found Tramelle at the bottom of a set of stairs.

“What the father offered is a litany of lies,” claimed Jim Corbett, commander of the St. Joseph County Homicide Unit.

Conflicting stories about what happened and the severity of the boy’s wounds, new and old, led to investigation by the homicide unit.  According to court documents, Tramelle Sturgis had a broken arm and leg and a number of bruises and scars.

"There's obviously a pattern here, of abuse that this poor little kid went through for a long, long time," explained Dave Wells of the St. Joseph County Homicide Unit.

There were nine children and two adults, including Terry Sturgis, living in the home.  The children’s ages range from 4 to 17.  Sturgis’ 14-year-old son also had bruises and was taken to the hospital.  The 14-year-old told police that Sturgis had beaten him and Tramelle for hours with a club and his bare hands.  He also said Sturgis tied the boys up with duct tape during the beating.

“"I can tell you in almost 37-years of police work this is, if not the worst, in the top two or three that I've ever seen,” Corbett explained.

When interviewed by police Sturgis said he had not hurt Tramelle and found him not breathing and injured at the bottom of a set of stairs.  Eventually, police say, he admitted to beating the boys with a club and a belt.  He also said he’d ordered the 14-year-old to clean up blood with a mop and bucket.  Police found the mop and bucket with traces of blood on it, along with blood spatter, strips of duct tape, a bloody towel and a wooden club.

"If this was a third world country, and this happened, this father that did this would already be dead,” Tim Corbett explained.  “There's no doubt in my mind, it's that bad."

During a news conference police struggled to stifle their anger at Sturgis.  They said processing the crime scene and reviewing photos of the boy’s injuries affected each person involved in the investigation.

"I can't express to you strongly enough how horrible this was,” Corbett explained.  “Be thankful you don't see what we see."

Police say older injuries on the boys would’ve been hidden under clothing when they were at school, so there’s no indication that anybody would’ve noticed that they were being abused.  Still, detectives said the case should be a wake-up a call.

"If this doesn't cry out to the community to step forward and when you see something, any kind of abuse, err on the side of caution,” Corbett said.  “Yell it out, tell somebody."

Terry Sturgis was arrested and booked into the St. Joseph County Jail on one charge of murder and two charges of battery.  The nine children in the home have been put in the custody of the Department of Child Services.  Tramelle Sturgis’ body was taken to Fort Wayne for autopsy, official results are pending.