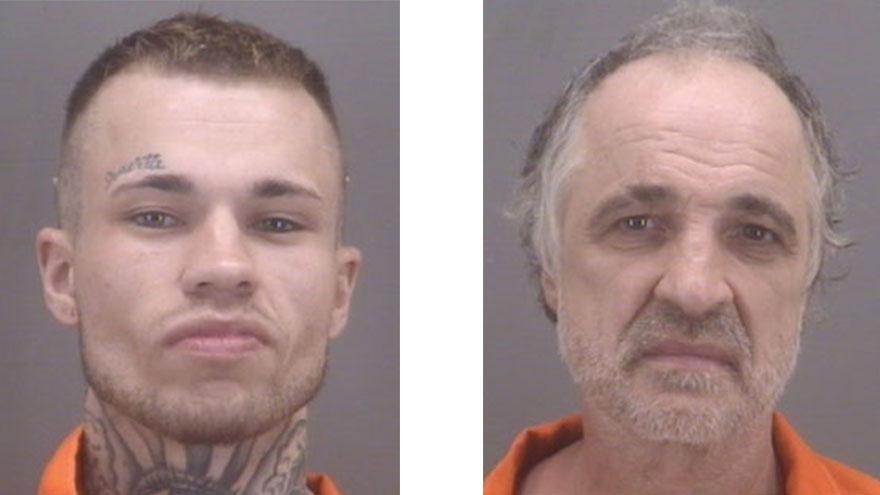 While approaching the house, Zachary ran out the back door and led deputies on a brief chase, reports said.

Zachary was taken into custody behind a residence in a wooded area.

Deputies said they found a hypodermic needle and suspected methamphetamine in his possession, reports said.

As deputies placed Zachary in the patrol car, Roger Emerick approached deputies and asked what was happening with his son.

Deputies say Roger was found to be in possession of marijuana, suspected methamphetamine, and paraphernalia.

Zachary was arrested on preliminary charges of resisting law enforcement, possession of methamphetamine, possession of hypodermic needle, and a felony warrant out of Steuben County Indiana.