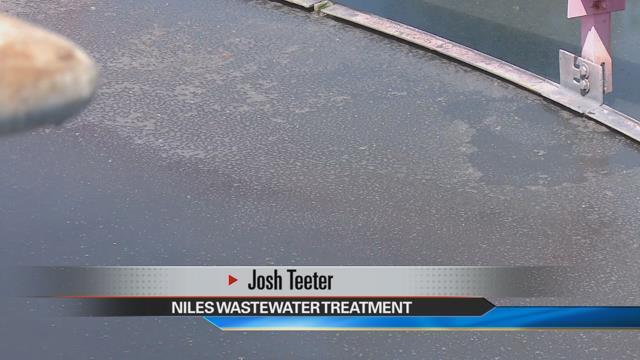 A Michiana community is facing a FOG issue. The city of Niles Waste Water Treatment Plants says it is concerned about the amount of fats, oils and grease crews are finding in the sewage system.

“This is a community wide deal I mean some of the residential areas we find really bad grease and fog issues as well as down your main fast food row,” says Josh Teeter a Chemist with Niles Waste Water Treatment.

Teeter says crews in Niles have found an increase in FOG in the sewage system in both residential and business districts.

“We have a responsibility to make sure that our waste is being dealt with properly and I think it’s good that they are going around and making sure that happens,” says Daysha Amster, who owns Olfactory Hue Bistro.

Amster says when they city came in to look at the grease trap she was more than willing.

Teeter says three months ago he says he noticed a city water tanker was completely covered with fats, oils, and grease; after that educational outreach began.

“Ultimately if we can’t remove it we are the last line of defense before it goes out into the river,” says Teeter.

FOG prevents the city from properly cleaning and treating the water that gets dumped back into the St. Joseph River.

“We get our drinking water from there we water our lawns from it and ya know our kids in the future are going to be needing it years down the road,” says Teeter.

Teeter is hoping the entire community can do their part to reduce their FOG output.

“If everyone in the city dumped a cup of grease down their own drain that would be an epic problem,” says Teeter.

Teeter says some problems could even lead to backups in residential basements. For more information on methods for FOG reduction call Josh Teeter at 269-683-1015.