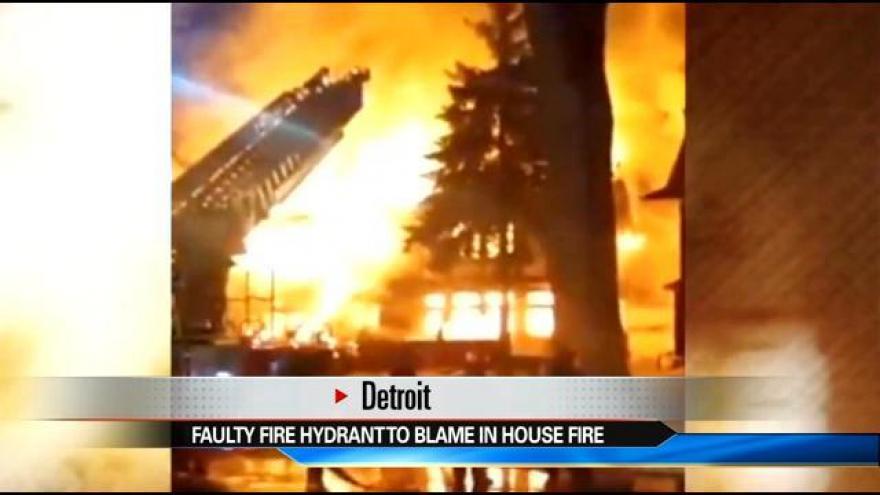 A faulty hydrant is being blamed for a fire in Detroit that's now left a family without a home.

Crews say if nearby fire hydrants were working properly the night of the fire, it may have been a different story!

Around 7 o'clock Monday night, a fire broke out in the home.

The closest fire hydrant was out of service and the second nearby hydrant suffered water pressure problems.

City officials say there are roughly 30,000 hydrants in the city and less than 100 are out of service.