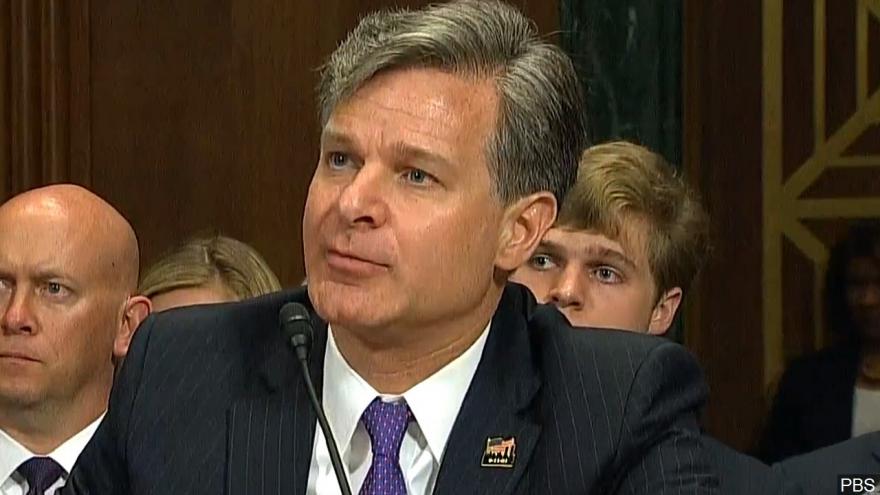 (CNN) -- The FBI director told his staff in an agency-wide email Monday that the bureau should "expect -- and welcome -- people asking tough questions," the day after President Donald Trump wrote on Twitter that the reputation of the FBI was in "tatters."

"Because of the importance of our mission, we are also entrusted with great power, and we should expect -- and welcome -- people asking tough questions about how we use that power," Chris Wray wrote in the internal message, obtained by CNN.

Trump's criticism of the law enforcement agency mounted over the weekend after news reports revealed one of the organization's top counterintelligence experts had been removed from the special counsel's Russia investigation over potential anti-Trump bias.

"After years of Comey, with the phony and dishonest Clinton investigation (and more), running the FBI, its reputation is in tatters -- worst in history!" Trump wrote Sunday.

Wray did not mention Trump in the message.

Wray also did not mention the case of Peter Strzok, the bureau official who was removed by special counsel Robert Mueller from his team of investigators over the summer after an internal investigation found messages he sent that could be interpreted as showing political bias for Democratic 2016 presidential candidate Hillary Clinton and against Republican candidate Trump.

Wray has not publicly commented on Strzok or the President's tweets.

The FBI did not respond to a request for comment on Trump's "tatters" remark on Monday.

In the email, Wray wrote that he has "seen the heart" of the FBI, adding, "I know how deeply we all care about this institution."

"We find ourselves under the microscope each and every day -- and rightfully so," Wray said.

He signed off from the email sharing one of his "favorite work ethic maxims: 'Keep calm and tackle hard.'"