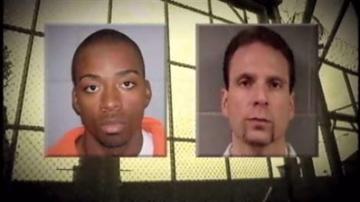 CHICAGO — Officials expanded the search for the brazen bank robbers who managed to escape from a federal prison in Chicago.

Police chased down multiple new leads on Wednesday in the search for Joseph Banks and Kenneth Conley.

Investigators said surveillance cameras captured them getting into a taxi minutes after breaking a window and scaling down the side of a 20 story building.

While the men have had plenty of time to leave the area, there is no indication they have.

Banks is nicknamed the "Second Hand Bandit" because of the disguises he used in robberies. He also threatened the judge when he was sentenced.