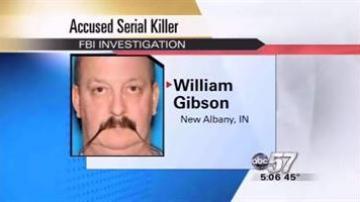 They’re ramping up a multijurisdictional investigation. Investigators say William Gibson is behind at least three murders.

Police looking into missing IU student Lauren Spierer's case have been closely monitoring it to see if there's a connection.

Gibson has not been charged in the death of a 35-year-old woman. Last month, her body was found in a make-shift grave in his New Albany backyard.

He's already been charged with the deaths of two women who were killed back in 2002.

The FBI believes there could even more victims.