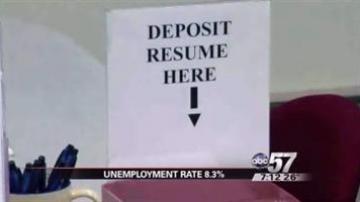 New numbers out from The Federal Government say more people are hiring.

As President Obama visited a Rolls Royce plant in Virginia, the numbers came out.

Statistics show 227,000 jobs were added in February and the unemployment rate for the nation is still at 8.3 percent.

President Obama welcomed the news as his challengers fought back.

The President said, " The key now, our job now, is to keep this economic engine churning. We can't go back to the same policies that got us into this mess."

Mitt Romney fired back and said, "This president, how many months ago, was it? Thirty-seven months ago, told us that if he could borrow $787 billion, almost $1 trillion, he would keep unemployment below 8 percent. It has not been below 8 percent since."

There are 5.3 million fewer total jobs now than when the recession started.