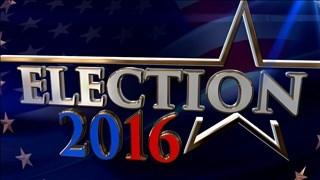 Every presidential campaign will file detailed reports with the Federal Elections Commission on Wednesday, highlighting how much money they raised for their bids and what they're spending it on. These reports offer the crispest snapshot yet of what each campaign sees as their strategic priorities heading into the summer.

Most campaigns have released their top-line figures early -- and the super PACs backing each campaign can wait to file their reports until July 31 -- but Wednesday will detail the state of the Republican and Democratic races.

Here's what we've learned so far:

Rick Perry parts with more than half of his money

The former Texas governor raised the second-lowest amount of any of the Republicans who have publicly shared their hauls thus far: just over $1 million. And partially because Perry raised so little -- and the costs associated with a campaign are somewhat front-loaded -- Perry's report revealed quite a high "burn rate," or the share of the money raised that is spent, of about 53%.

Campaign observers tend to look at those percentages to get a sense as to how lean an operation the leadership is running. More than half of the money spent by the Perry campaign went to "Abstract Communications LLC", a Texas company incorporated three days before Perry announced his campaign. The company is managed by his top strategist, Rob Johnson, and his campaign manager, Jeff Miller, according to corporation records filed with the Texas Secretary of State.

The Perry campaign did not immediately respond to a request for comment about whether other Perry aides technically worked for the firm.

Jeb Bush's campaign is a famed fundraising juggernaut, but his shop had some help from the candidate himself: Bush donated nearly $390,000 to his campaign, according to his FEC report.

Bush's $11.4 million haul is due in part to his family's longstanding connections with top Republican bundlers, or volunteer fundraisers, who collect $2,700 checks from their friends and associates. Bush is not known for his connections to small-dollar donors, and the report bares that out: only about 3% of his money came from donors who gave less than $200. Bush had a burn rate of about 27%.

Bush has also publicly praised Uber -- and he practices what he preaches: His campaign listed about 70 expenditures for the ride-sharing service.

The former Maryland governor's campaign said it raised $2 million in its first fundraising quarter, much less than his top Democratic opponents: Hillary Clinton, who raised $45 million, and Bernie Sanders, who brought in $15 million. O'Malley, however, had much less time than they did to raise that money -- he only launched his campaign in late May.

"He is the only candidate who has actually gotten results on the issues progressives care about," said top O'Malley strategist Bill Hyers in a statement. "We're thankful for the support we've received from donors across all 50 states who are ready for the new leadership, progressive values, and a track record of getting things done that Governor O'Malley brings to the race."

O'Malley was one of the last 2016 candidates to announce a number. His FEC report had not yet been filed as of early Wednesday afternoon.

There are 478 candidates who have told the FEC they are running for president, but only one who claims to have given his own campaign $72 million. A man by the name of Lee Mercer, a Democratic candidate, says he gave his own campaign $24 million once a month over the first quarter. Candidates can claim what they'd like on the reports, and there's no sign that this haul is actually true.

$72 million is actually a bad haul for Mercer, a perennial candidate. In the 2008 and 2012 campaigns, he said he raised billions -- not millions -- of dollars for his campaign.

The Houston man's employment could not be independently verified -- he claims to work for the "U.S. Supreme Court, U.N. other."