Fed Chairman: Economy not out of the woods 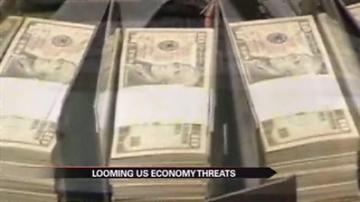 Federal Reserve Chairman Ben Bernanke said the recent deal to avert the fiscal cliff did address a lot of concerns. But he cautioned that the economy is not out of the woods yet.

The country is still approaching a number of critical issues including the possible shutdown of the government and unresolved $109 billion in spending cuts.

He said a failure to raise the debt ceiling could lead to a further downgrade of the nation's credit rating.