Feedback needed on US 33 and Riverside Boulevard 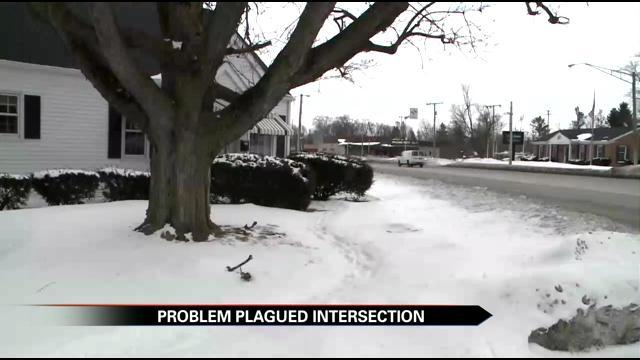 Constant crashes and numerous near-misses are phrases that describe a heavily-traveled Goshen intersection. The Goshen Police Department confirms there have been 12 wrecks at the corner of US 33 and Riverside Boulevard over the past five years. The Goshen Engineering Department has suggested closing off this intersection.

Residents and nearby businesses say they see close calls nearly every day.

“It has always been a little bit scary. Even growing up I would ride bikes over here, this was my great grandmother's house,” said Amanda Qualls.

She has many memories at the home on the corner of US 33 and Riverside Boulevard. Her family has owned it since the 1960's. It wasn't until she became the owner of the home that she decided to take action.

“My husband and I both work from home. We would sit here throughout the day and we would see people pull too far out. We saw tons of wrecks almost happen or actually happen,” says Qualls.

So she brought up the issue to the city last spring.

“There is a safety concern at that intersection due to the fact that there is limited visibility when you are stopped at the intersection on Riverside,” says Mary Cripe, Civil City Engineer with the city of Goshen.

The department devised a plan to build a curb that would block oncoming traffic approaching Riverside from US 33. Now, other city offices also want to see changes.

“Currently what is happening is the Board of Public Works is allowing for additional public comment because we want to make sure we are doing the right thing,” says Cripe.

The Engineering Department sent out a mailer to residents in the area for feedback about the intersection.

“I use that road a lot, weekly. It's really terrible. I feel that they need a stop light there so people can get across 33,” says resident Maryanne Hite.

Hite has lived in the neighborhood 30 years.

And although there may be a difference in opinion on how to fix the problem, Brooke Trovatore, who works at a nearby business, can attest to high speeds at the intersection.

“We have seen people blow the stop sign and numerous accidents. It's posted 35 but I would say nobody does less than 45, 50 miles around that corner. People pull out and they have to quick wiz back in because if not they are going to get slammed,” explains Trovatore.

To provide feedback on this project you can contact the Mayor's Office, the Engineering Department, or attend the Board of Public Works meeting. They meet every Monday at 2:00 p.m. at the Police and Courts building.
Share this article: