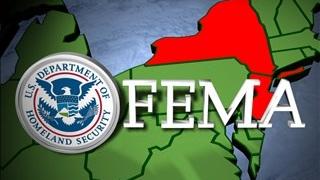 Some residents who received aid from the Federal Emergency Management Agency after Hurricane Sandy have received bills from the agency.

After the storm, many residents were forced to live in a shelter for months, and during that time, FEMA told some they were eligible for additional housing disaster aid.

FEMA is now saying that was a mistake, and they want their money back.

“The government is making a big mistake by going after people like us,” says Robert Rosenberg who received a bill from FEMA.

The agency is even threatening to take the money from Social Security checks if they do not pay them back.

In a statement, FEMA says it is required by law to recoup improper payments.