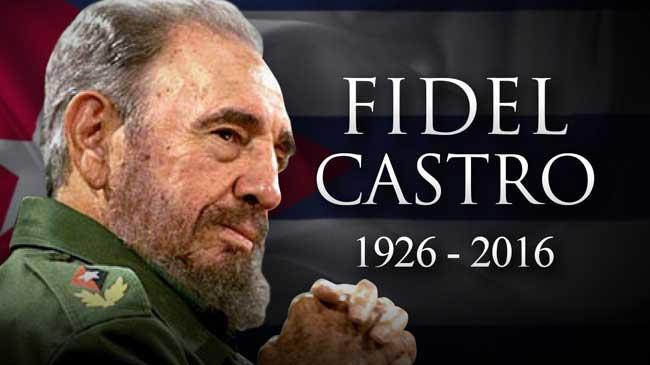 By Laura Smith-Spark and Patrick Oppmann

HAVANA, Cuba (CNN) -- The ashes of former Cuban leader Fidel Castro were carried Wednesday from the capital, Havana, at the start of a journey that reverses the route Castro took across the island after seizing power in 1959.

Crowds of people, some of them bused in by the government, lined the streets as they waited for his funeral cortege to pass.

Hundreds of thousands had packed Havana's Revolution Square the previous evening for a Mass to remember Castro, who died Friday aged 90.

His ashes will arrive Saturday in Santiago de Cuba, the birthplace of Castro's revolution, where another Mass will be held in a city square.

The funeral will take place Sunday at the eastern city's Santa Ifigenia Cemetery, with an unlikely mix of world leaders, royalty, Marxist guerillas and Hollywood actors expected to attend.

Nearly every Latin American head of state will be on hand.

But leaders of the United States and Russia, the two countries that most defined Cuba's international relations, will be conspicuously absent during the memorials.

The journey taken by Castro across Cuba after he seized power -- known as the "Caravan of Freedom" -- was the first chance that many Cubans had to see or hear their new leader.

The reverse path his ashes will take represents the chance for many Cubans living in more rural areas to pay their respects to a man who shaped their lives, for better or worse, for half a century.

Among the towns along the route is Santa Clara, home to a memorial to Castro's fellow revolutionary Ernesto "Che" Guevara.

Castro's younger brother, Raul Castro, who has been President for almost a decade, spoke Tuesday night but has given few clues yet as to the island nation's future direction.

He has more than a year until he's set to step down. But so far during his presidency, major shifts for Cuba haven't been in the offing.

Political oppression under Fidel Castro's rule undermined his achievements, such as improved access to health and education, according to Amnesty International and Human Rights Watch, which issued two reports following Castro's death on human rights in Cuba.