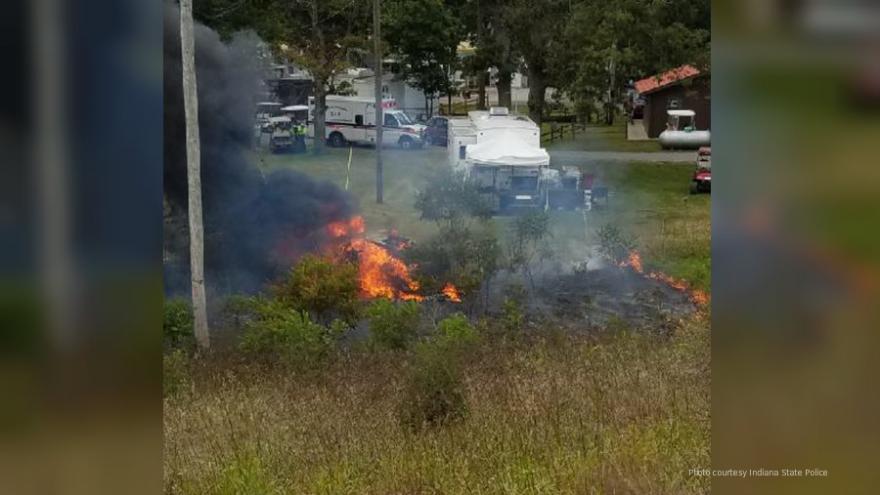 JASPER COUNTY, Ind. – A fiery crash on I-65 at exit 230 resulted in two people being hospitalized Friday afternoon.

Indiana State Police say a passenger car was traveling southbound on I-65 and exiting the ramp at exit 230 while driving erratically. Witnesses said the 80-year-old driver was possibly having a medical event before his vehicle sped off the ramp and crashed into a fence.

Once the vehicle came to a rest, it caught fire.

According to troopers, residents at the nearby Lake Holiday Campground were able to pull the driver, Paul Doman, and his passenger, 87-year-old Judy Dawson, out the car before it became fully engulfed in flames.

Doman was airlifted from the scene for treatment of his injuries while Dawson was transported to a nearby hospital. The status of the two victims are unclear at this time.