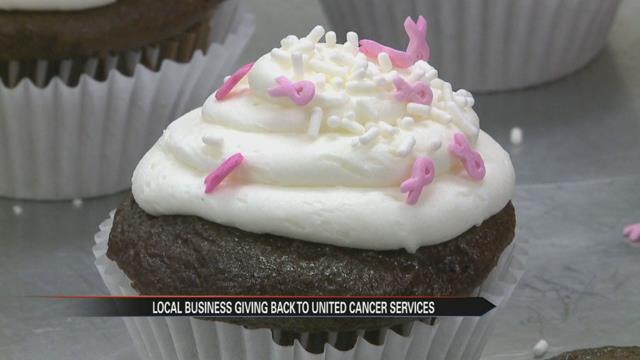 It is predicted there will be about 1,658,370 new cancer cases in 2015, according to the American Cancer Society. October is designated as Breast Cancer Awareness Month and one Elkhart woman has plans to raise money for the cause.

Rhonda Potucek is the owner of Rhonda’s Cake Cottage at Concord Mall in Elkhart. Starting on Wednesday she will hold a fundraiser throughout the rest of the month.

“Half of everything I make that has a ribbon on it, no matter what color ribbon might be on there goes to United Cancer Services,” Potucek said.

Her goal is to sell cupcakes, cookies, and cake pops to help locals battling cancer in her own community.

“I want to keep everything local basically because it’s the local people that pull together," she added.

She has chosen to donate to United Cancer Services of Elkhart County because she said they helped her family get through a hard time.

"United Cancer Services helped point us in the right direction. It impacted us so much that I just want to give back," said Potucek.

The nonprofit organization is completely fundraiser, donation, and grant based, according to Executive Director Peter Norton.

"It means so much for the community to come together and really do something for their neighbors, you know right here," said Norton.

Part of what United Cancer Services does is provide emotional and financial support to Elkhart county residents battling cancer. The organization would not be able to do so without the community's help.

“All of our support comes from the local community,” Norton added.

Norton has been with the organization for 14 years and has a personal experience with cancer.

“I really wanted to come to United Cancer because my mom had cancer and I’m her only child. She had it when I was 14 and she had it again when I was 25," he said.

He has seen how it can impact families. "I really understand what the people are going through especially who are going to go through the worst of it,” Norton added.

Potucek's family received help from the organization when her mother was fighting cancer almost 11 years ago.

"When you have never been through cancer, you're like a zombie, you don't know where to go or what to do," she said.

She lost her mother to the disease after a nine month battle.

“I wanted to just give up and she was the one who kept me going and she’s the one who said 'I’ve got to fight this, even to the end.' She was a fighter."

Potucek has advice for anyone with a new cancer diagnosis.

“If they don’t have faith get it. If you do have faith, hold tight to it because that’s what is going to get them through,” she said.