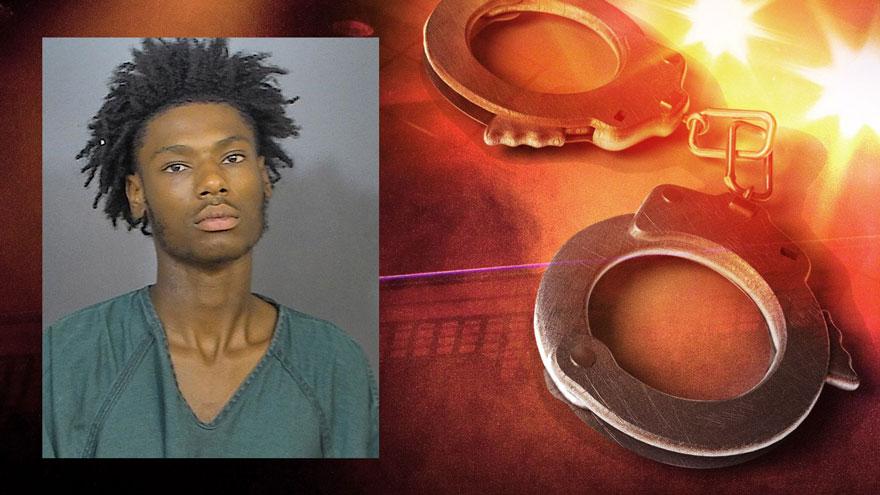 SOUTH BEND, Ind. -- A 14-year-old was robbed of his shoes, jacket and iPhone while walking home from school on August 16. The Find My Phone app helped locate the suspects, reports said.

On August 16, the victim was walking home from school when he noticed three males on a porch. As he passed, one of them asked where he was from, reports said.

When the teen asked "what" the three men approached him.

When the 14-year-old turned around, one of the men punched him in the face and another kicked him.

The men took his purple Nike sneakers, his black hooded zip up Nike jacket and his iPhone 6, according to the probable cause affidavit.

One of the men pulled out what the victim believed to be a gun and demanded the phone's password, reports said. He gave them the password and the suspects ran away, reports said.

The victim went home and told his mother what happened. His sister located the iPhone at the downtown library using Find My Phone app.

When officers arrived to the library, they located two men who appeared to match the descriptions of two of the suspects, reports said. One was carrying a pair of purple Nike shoes.

The men got into a vehicle parked across the street.

Two of the four people in the vehicle were identified by the victim as the men who robbed him, police said.

One of the two suspects was a juvenile.

The other suspect, 21-year-old Tyree Maurice Malone, was taken into custody on charges of robbery resulting in bodily injury and synthetic identity deception. Malone allegedly gave police his brother's name instead of his own.