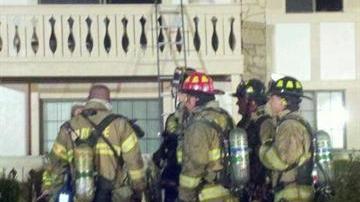 Residents were evacuated from the building.

We are told that several units were affected.

Multiple fire departments around the area were called to the scene to assist Clay Fire.

This is the second apartment complex fire in South Bend in 24 hours. Coincidentally Castle Point is managed by the same company where the fire broke out Friday night at Park Jefferson Apartment Complex.

Those who were displaced in the massive apartment fire at Park Jefferson were sent to Castle Point to stay.

Stay with ABC 57 News as we continue to follow this breaking news story. We have a crew on the scene right now.