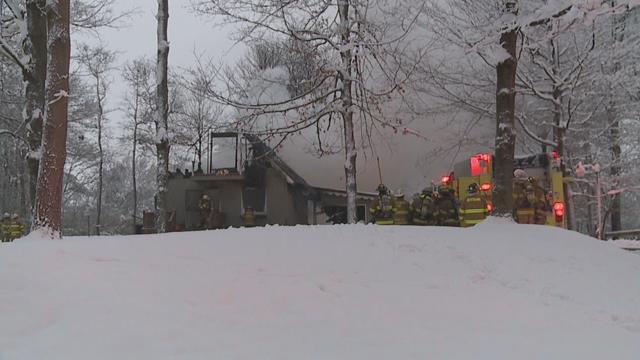 A Buchanan home was destroyed by fire on Saturday.

Fire crews fought the flames and snow as they battled the house fire at 3710 Chamberlain St. around 4 p.m.

Officials say no one was in the home at the time.

Bertrand Fire Chief Bill Knisely says when crews arrived on scene they found the home was fully involved in flames.

“The fire was coming out of the roof and out of the west side of the house,” said Knisely.

Crews also found a severed and live power line which they were able to de-energize.

Knisely says part of the investigation will be figuring out if the fire was caused by Saturday’s wintry weather, which caused issues for the crews.

"Weather wise, with the snow it makes it a bit difficult. People are still maintaining well,” said Knisely.