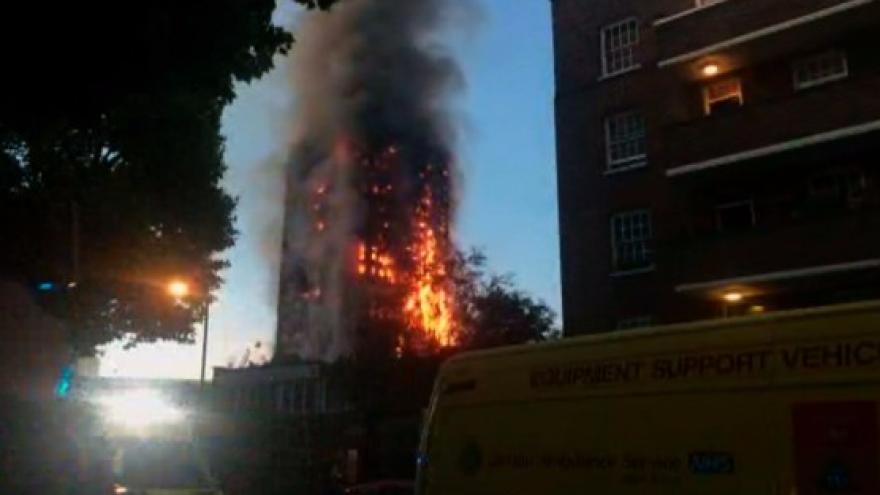 Firefighters are tackling flames from the second floor to the top.

The fire at Grenfell Tower on the Lancaster West Estate was reported at 01:16 BST and about 200 firefighters are tackling the blaze.

The Metropolitan Police said "an evacuation process is under way".

The BBC's Andy Moore said the whole tower block was alight and there are fears the building might collapse.

The London Fire Brigade say 40 fire engines have been sent to the tower.

Eyewitnesses say they could see lights - thought to be torches - flashing at the top of the block of flats, which people say is "close to burning through".

Forty fire engines and 200 firefighters are tackling the blaze.

George Clarke, the presenter of Channel 4 TV program Amazing Spaces, told Radio 5 Live: "I'm getting covered in ash, that's how bad it is.

"I'm 100 meters away and I'm absolutely covered in ash.

"It's so heartbreaking, I've seen someone flashing their torches at the top level and they obviously can't get out."