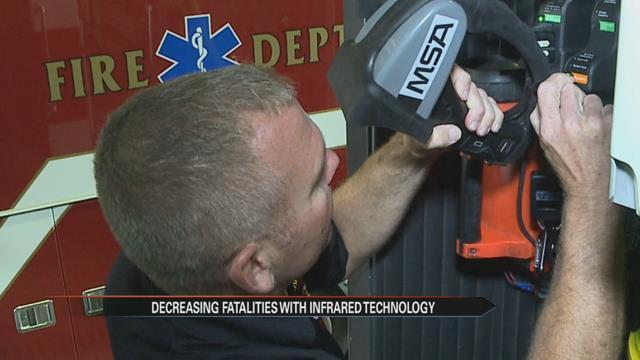 Firefighters work around the clock and put their life on the line to keep people safe. In 2014, there were 64 firefighter fatalities across the nation, according to the National Fire Protection Association.

2014 was the third year in the past four years that deaths were fewer than 65.

The leading cause of firefighter deaths is sudden cardiac death. That is because often times they go from low-stress levels to very high-stress levels quickly.

To prepare for that demand, the Mishawaka Fire Department has to exercise routinely and maintain a healthy diet.

“We’ve done a good job with trying to eat a lot better. We’ll have a soup and a salad sometimes; we’ll have a lot more chicken so diet’s been a big factor,” said Mishawaka Fire Department Captain Derron Hess.

He recalled how their diet has changed since he joined the department.

“When I first came on 20 years ago as far as our diet was the big meatloaf with the mashed potatoes and the corn and the gravy,” Hess added.

Although overall deaths are on the decline, sudden cardiac death is still number one, followed by internal trauma and smoke inhalation.

Part of the decrease in deaths can also be attributed to the advancements in technology and gear.

“Our equipment is a lot better. Here on engine two we have a thermal imaging camera that helps us as well,” he added.

The camera allows them to take a look at fires before ever stepping foot inside.

“We walk around and do a 360 and we can simply take that thermal imaging camera, we can scan the windows and kind of pinpoint where the fires at."

This can also help anyone who may be trapped inside.

“Once we get in there it also helps us look for victims, it gives us the heat temperature, and if we’re getting in too high of a heat index in the house to back out," Hess said.

He added that these types of cameras are being implemented in most of the fire departments. Since the Mishawaka Fire Department started in 1904, he said there has only been one firefighter fatality.