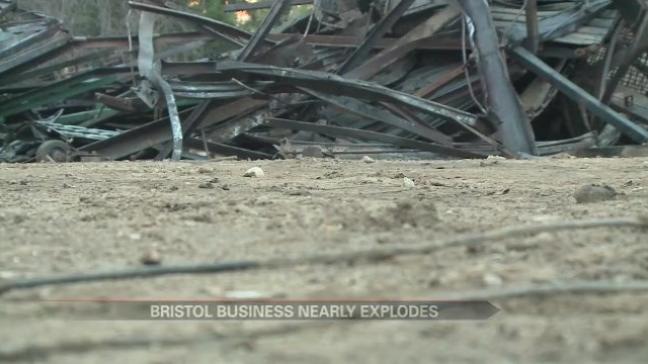 A large dumpster fire outside Conte Equipment Sales Inc., in Bristol had workers petrified on Thursday because of the flammable gases the business had inside. Firefighters were able to put out the flames before it was too late.

The Office Manager of the company said a Good Samaritan was driving by and saw the flames. The passerby went inside the business and told everybody to get out.

Mary Carlo, said, “Pretty scared. We were lucky because somebody pulled up and says your building's on fire! Could have been a lot worse!”

Carlo said, “It could have blown up because there's propane and all kind of gases back there!”

Carlo said it appears that only three dumpsters were destroyed and the side of the building was singed.

The Captain of Bristol's Fire Department said he doesn't believe the fire is suspicious.

Russ Thornton said, “Somebody probably discarded something in there without thinking about it. And it caught on fire and spread to the other dumpsters. There's a lot of plastic out there and that's what was really burning.”

Otherwise, Thornton said there would have been an explosion.

Thornton said, “There were torches and propane torches in there!”

Middlebury and Osolo Fire Departments also assisted and no one was hurt.