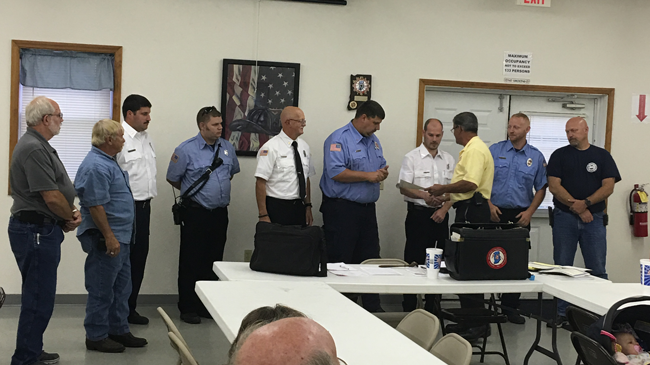 The awards were given during a District 6 Fire meeting at the Salem Center Fire Station on September 27.

Corporal Brian Emelander, Deputy Zach Anderson, Deputy Matt Schwartz, 911 Dispatcher John Gilmore, and 911 Dispatch Supervisor Kelly Landers were recognized for being a part of a team that saved a person's life on August 23 at the Howe Restaurant.

Sheriff Campos said the awards ceremony shows how vital the teamwork between 911, police, fire, and EMS is when responding to calls for help. Each group that was recognized played a vital role in saving the life of another person.