No one wants to be the one who says the word "snow" for the first time each fall, but as we start a cool, rainy week, it's in the back of everyone's mind. Even though October is still part of autumn, it isn't uncommon to see snow this month. 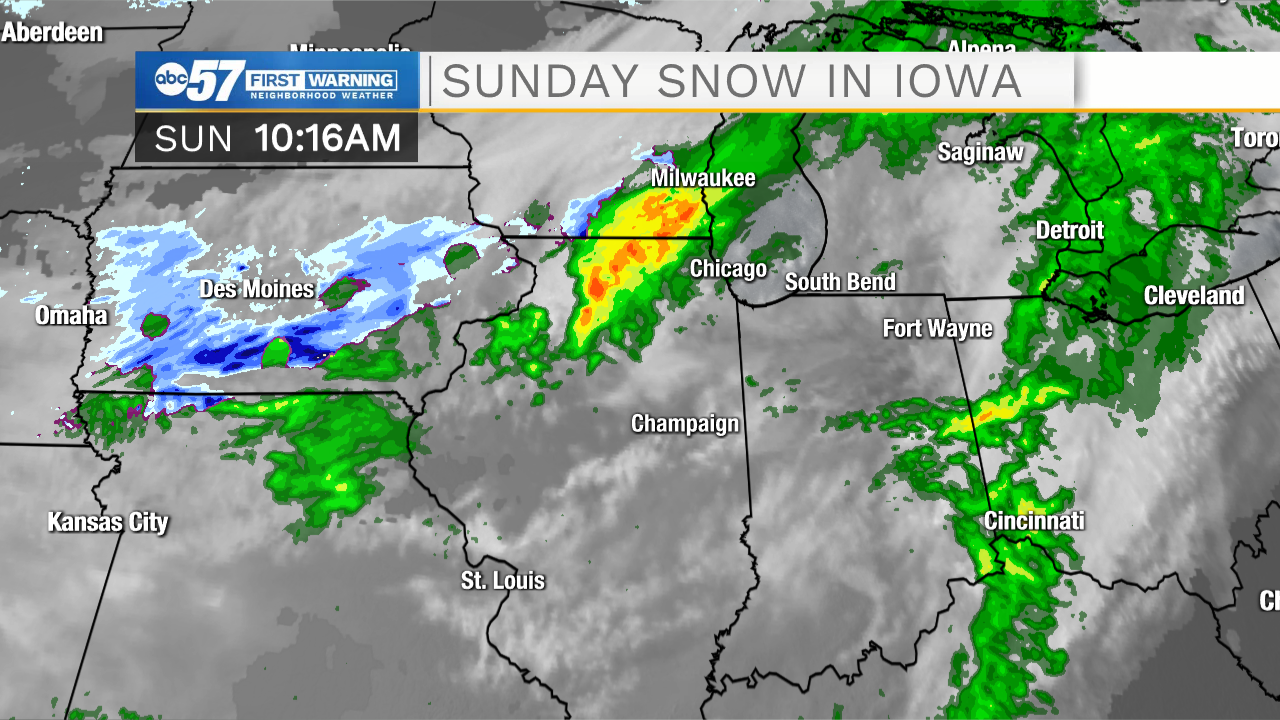 Haley Rhoades shared this photo from Urbandale, a suburb of Des Moines. You can see snow on the deck, but you can also see trees still holding onto their leaves, making for an interesting mix of fall and winter colors. 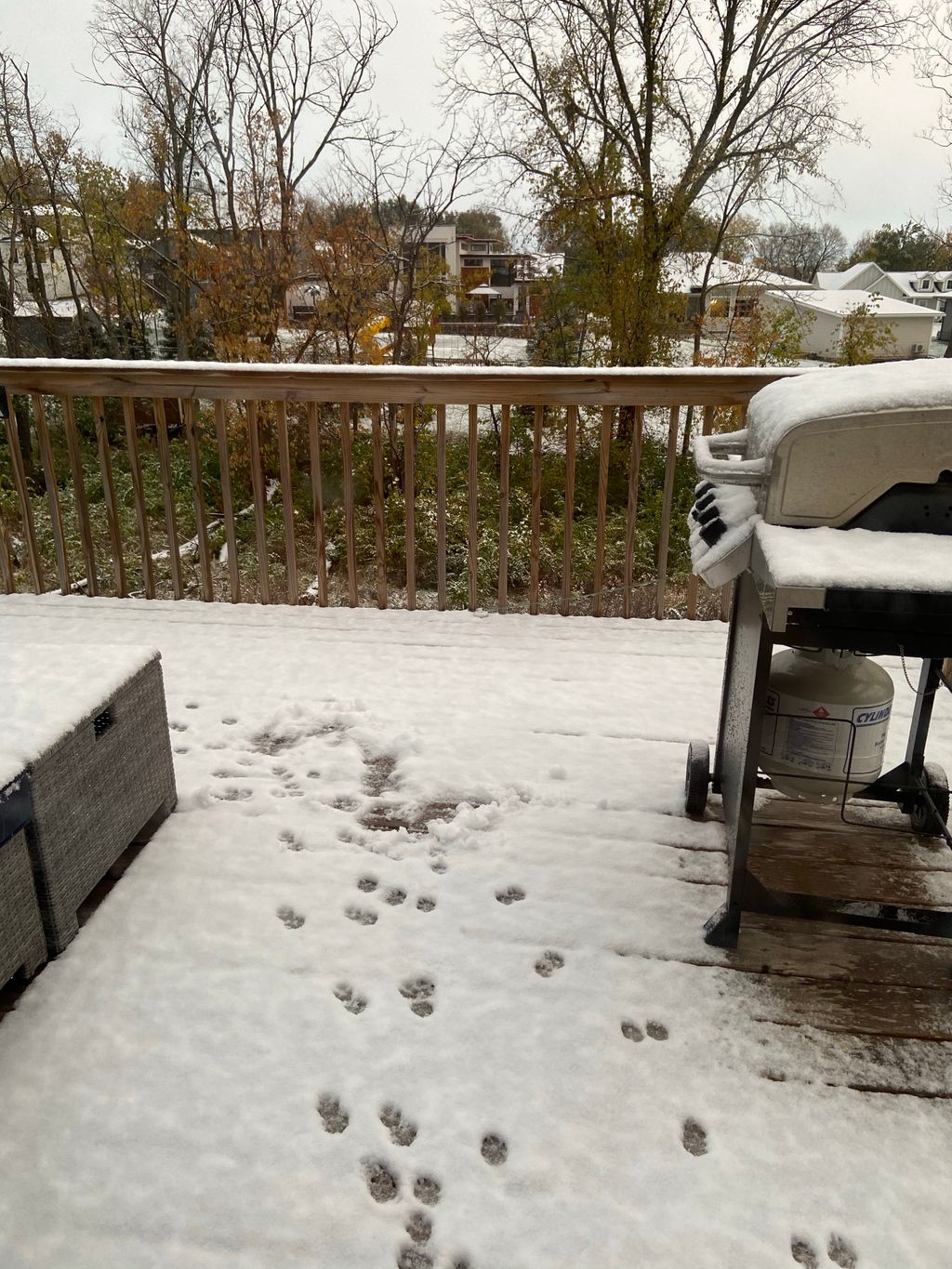 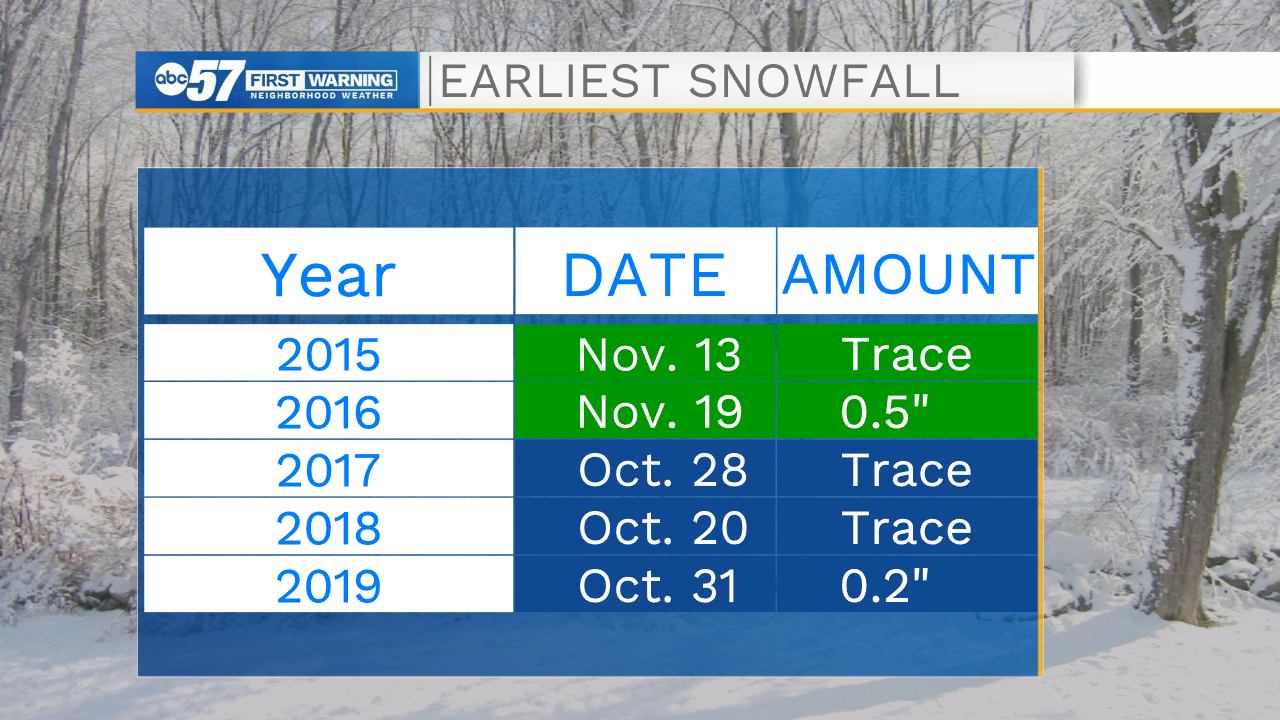 Looking at data starting from 1893 helps paint a bigger picture. Since then, there have been 65 years with at least one October snowfall. This is more than half of our Octobers over the past 127 years. This proves why it really isn't that uncommon to have October snow. 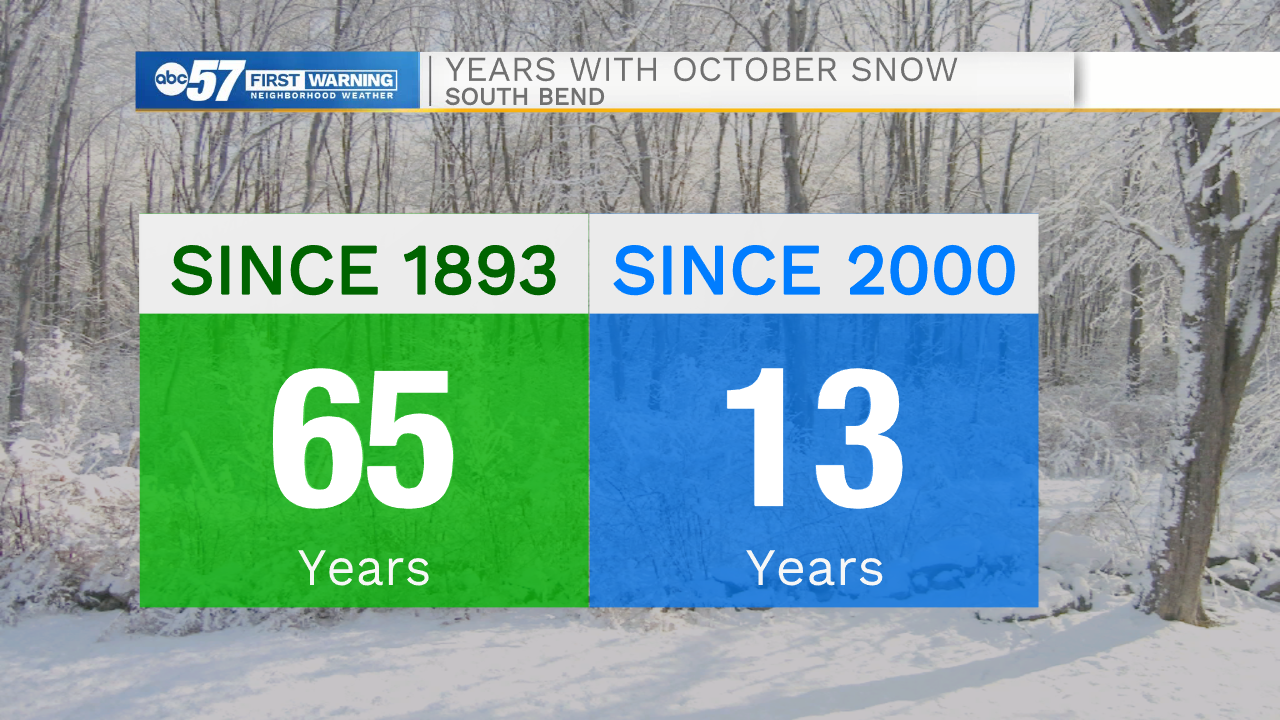 Just because it is an early snowfall, it doesn't mean it will just be a few snowflakes. 33 of the 65 October snow years actually had measurable snow on the ground. This includes Halloween 2019, when Michiana had 0.2 inches of snow. 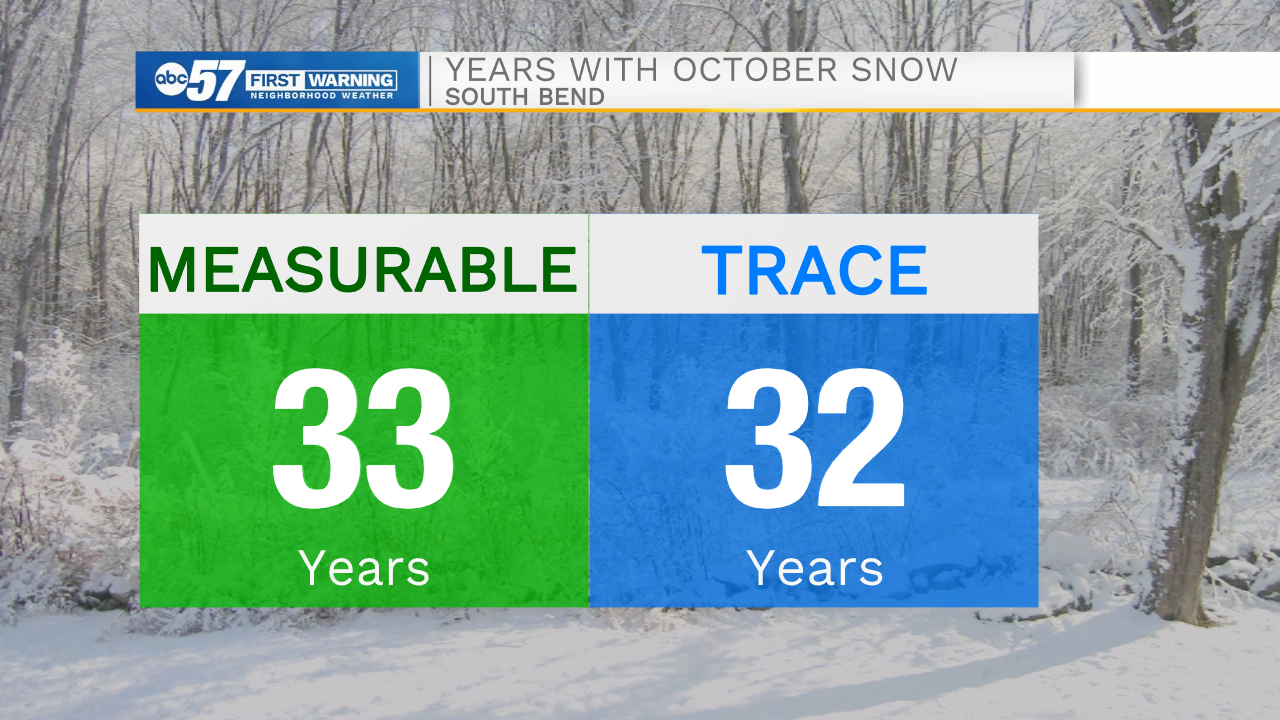 This week in Michiana it's looking cool and rainy. Even though snow in October isn't out of the question for us, for this week, all of our precipitation should fall as rain. 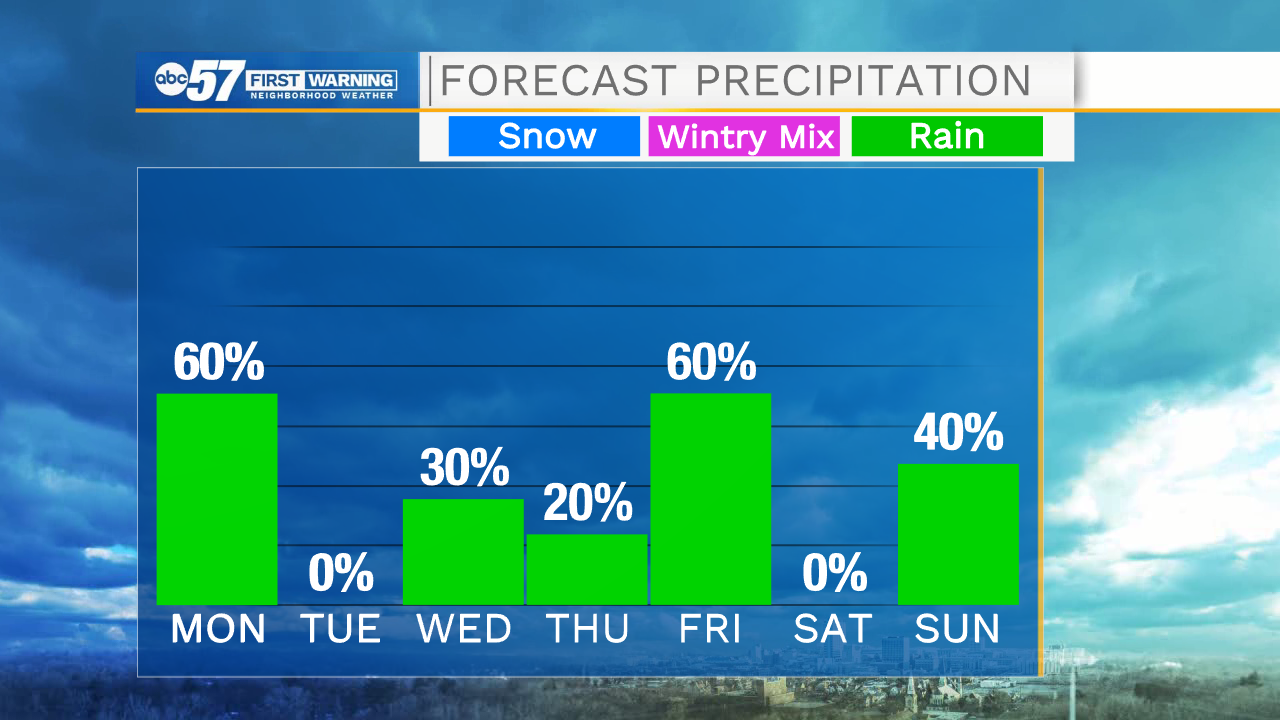