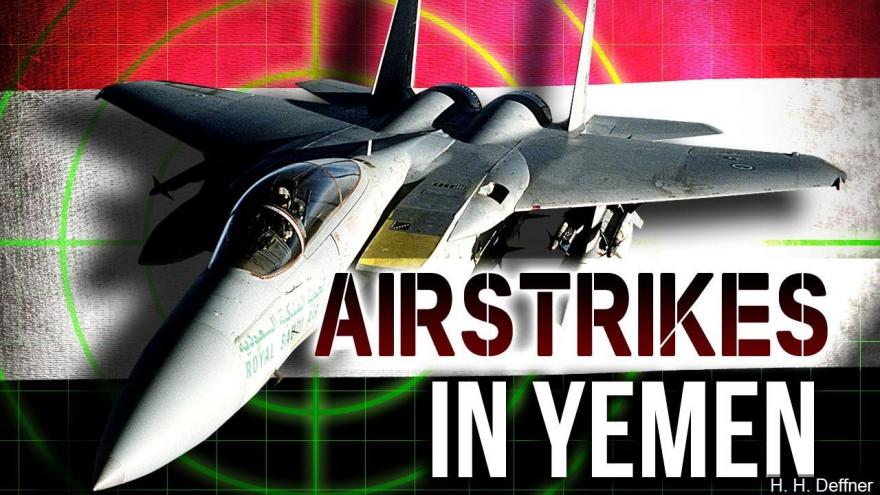 (CNN) -- US forces conducted airstrikes against two ISIS training camps in Yemen on Monday, killing dozens of ISIS fighters and "disrupting the organization's attempts to train new fighters," according to a statement released by the Pentagon.

A US defense official told CNN this is the first US strike specifically targeting ISIS in Yemen. Two camps, containing an estimated 50 fighters, were targeted.

"ISIS has used the ungoverned spaces of Yemen to plot, direct, instigate, resource and recruit for attacks against America and its allies around the world. For years, Yemen has been a hub for terrorist recruiting, training and transit," the statement said.

The strike was done in cooperation with the government of Yemen, according to the Pentagon.

"US forces are supporting ongoing counter terrorism operations in Yemen against ISIS and AQAP to degrade the groups' ability to coordinate external terror attacks and limit their ability to hold territory seized from the legitimate government of Yemen," the Pentagon statement said.

Yemen has been wracked by warfare and has become a proxy battleground for Saudi Arabia and Iran.

Yemen's minority Houthis, who are Shiite, rebelled against the Sunni-led government, backed by Saudi Arabia.

That spurred the Saudi-led coalition to launch airstrikes in support of Yemen's government against rebel targets in Yemen In March of 2015.

The United Nations has called the conflict a "humanitarian catastrophe."

Government forces and the Saudi-led coalition also have fought against the al Qaeda branch in Yemen (AQAP) and ISIS, both of which are anti-government Sunni terror groups.