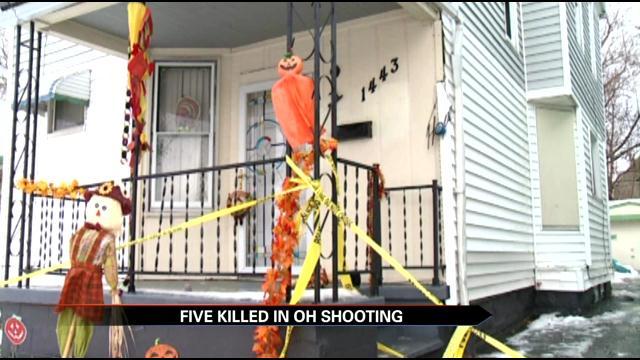 Five people are dead after a shooting that inside a Cleveland home.

Police say that 41-year-old Sherita Johnson sent her daughter inside the house upon and the 9-year-old was shot.

Police say the gunman then shot and killed Johnson inside her car.

Johnson was seven months pregnant and the baby did not survive.

The nine-year-old girl survived, and is now the only witness to the deadly shooting.

"Only an animal would do this to another human being," said Chief of Police Calvin Williams.

"She describes one suspect having a mask on. As far as any other suspects, that's all we have right now," said Deputy Chief of Police Tomba.

Police say Johnson's two-year-old son was in the back seat of her car when the she was shot, but he was not hurt.

Police do not have a motive for the shooting and are seeking the public's help in finding the person responsible.