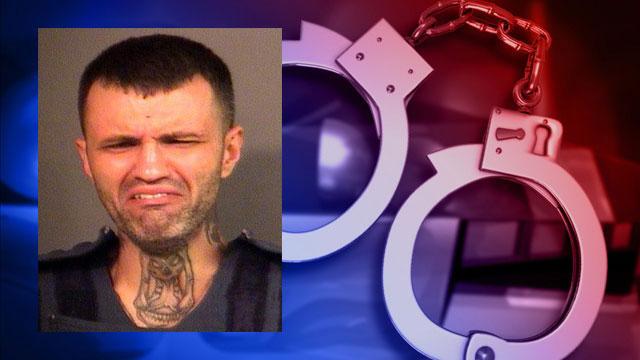 St. Joseph County Police saved the life of a suspect who had just led them on a brief chase, according to police reports.

An officer with the St. Joseph County Police Department was at a parking lot on Perley Street when a vehicle driven by Stephen Edward Taghon, Jr. pulled up next to him.

The officer said Taghon was speaking to him about things that didn't make sense and said Taghon asked him to "tail" him someplace, according to the probable cause affidavit.

A woman was sitting in the passenger seat and appeared to be confused as to why they were there, according to reports.

The officer began questioning Taghon, but Taghon became agitated and drove away.

The officer followed Taghon's vehicle on 933 and attempted to conduct a traffic stop when Taghon committed a traffic violation.

After following Taghon for several minutes, Taghon finally pulled into a driveway.

Taghon did not comply with the officers' commands and started turning purple and was making a snoring noise.

The officer feared he was suffering a drug overdose and administered Narcan.

Taghon was taken into custody and charged with resisting law enforcement and operating a vehicle while intoxicated endangering a person.