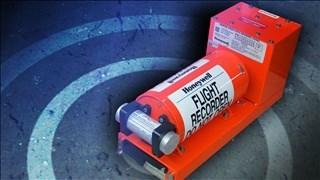 Searchers have retrieved the flight data recorder of AirAsia Flight QZ8501 from the Java Sea, the chief investigator into the crash said Monday, a key breakthrough in the effort to find out what brought down the plane.

The two devices, known popularly as black boxes, are seen as crucial to unraveling the mystery of what brought down Flight QZ8501 as it flew toward Singapore from the Indonesian city of Surabaya.

The data recorder is expected to provide a vast range of information about what the plane was doing, from its air speed to the cabin pressure. The cockpit voice recorder captures all sounds on the flight deck.

The condition of the flight data recorder wasn't immediately clear.

The tail section of the aircraft, which houses the black boxes, was lifted from the Java Sea on Saturday. But searchers didn't find the flight recorders within.

Flight QZ8501 went down on December 28 with 162 people aboard. It was operated by AirAsia's Indonesian affiliate.

By Jethro Mullen and Kocha Olarn