Flint mayor hopes to use crisis to create jobs 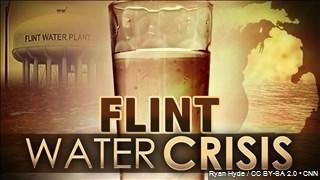 Flint, MI (WNEM) -- The much anticipated the congressional grilling of Gov. Rick Snyder and EPA Administrator Gina McCarthy are now over.

"We need to keep the spotlight on and the pressure on because we need some money, we need some funds to continue doing what we're doing," Weaver said.

Weaver said she's pushing forward with her plan to rid the city of all lead pipes. On Thursday night, she host a town hall meeting to give Flint residents an update.

"One of the things I've always talked about is, whether it's good news or bad news, we've got to be honest with people and let them know what's going on," Weaver said.

She said the good news is people will start seeing credits on their water bills as soon as next month.

The state government has allocated $30 million to cover 65 percent of the water used by people in their homes since the switch to the Flint River.

"We're really trying to concentrate on those who are the ages of 16 to 24 years old, because we need to be a part of helping ourselves, healing the community, and giving our young people opportunities," Weaver said.

Harold Harrington is the president of Plumber and Pipefitters Local 370.

He said it's possible to take the situation Flint is in and build careers out of it.

"Depending on the amount of work we get, I want to put every Flint resident I can into our apprenticeship, and when were done with our five year program, you will have a career that'll last you the rest of your life," Harrington said.

This apprenticeship program start right away, but the problem is, they need some money.

Weaver said that she'll continue to press the state and federal government for that money to come in so she can put Flint back to work.