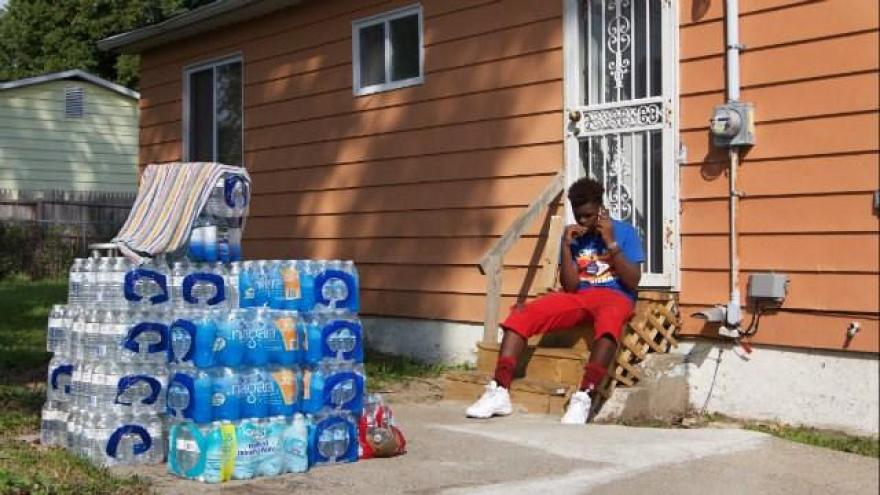 (CNN) -- The levels of lead in Flint, Michigan's water tested below the federal limit in a recent six-month study, the state department that oversees water quality announced Tuesday.

The study, for the period beginning July 1 and ending December 31, found levels of lead were 12 parts per billion or lower in 90% of the samples taken, significantly lower than the action level of 15 ppb, the Michigan Department of Environmental Quality said.

"The remarkable improvement in water quality over the past year is a testament to all levels of government working together and the resilient people of Flint helping us help them," said Gov. Rick Snyder. "There is still more work to do in Flint, and I remain committed to helping the residents recover and restore their city."

The 98,000 residents of the Rust Belt city have been grappling with a public health crisis for more than two years since the state, in a move to save money, switched the city's water supply from Lake Huron to the Flint River.

The Michigan Department of Environmental Quality failed to treat the corrosive water, which ate into the city's iron and lead pipes, causing lead to leach into the drinking water.

The department's director, Heidi Grether, said the study's results were good news, but like the governor said work remains.

Federal law says a water system must have two consecutive six-month monitoring periods in compliance to have "optimized corrosion control."

The levels of lead and copper cited came from samples taken at homes that have lead or copper plumbing from 1983 to 1988. The 12 ppb is from the 90th percentile of 368 verified samples. Twenty-four samples (6%) had levels of lead higher than the 15 ppb limit.

Copper levels were well below the federal action level.

The department said the action levels were for cities with similar populations and water systems of the same age.

The city failed to meet an acceptable level of lead in the first half of 2016, so the state said Flint is required to continue to put in new lead service lines until more than 2,000 have been replaced. It also must keep treating water for corrosive materials

In December, Michigan Attorney General Bill Schuette announced felony charges against four officials for their role in the water crisis, bringing the number of current and former government employees held responsible to 13.

Among the four charged late last year were two former Flint emergency managers who were appointed by Snyder. They are the highest-level officials to be charged so far.

CNN's Ellie Kaufman and David Shortell contributed to this report.