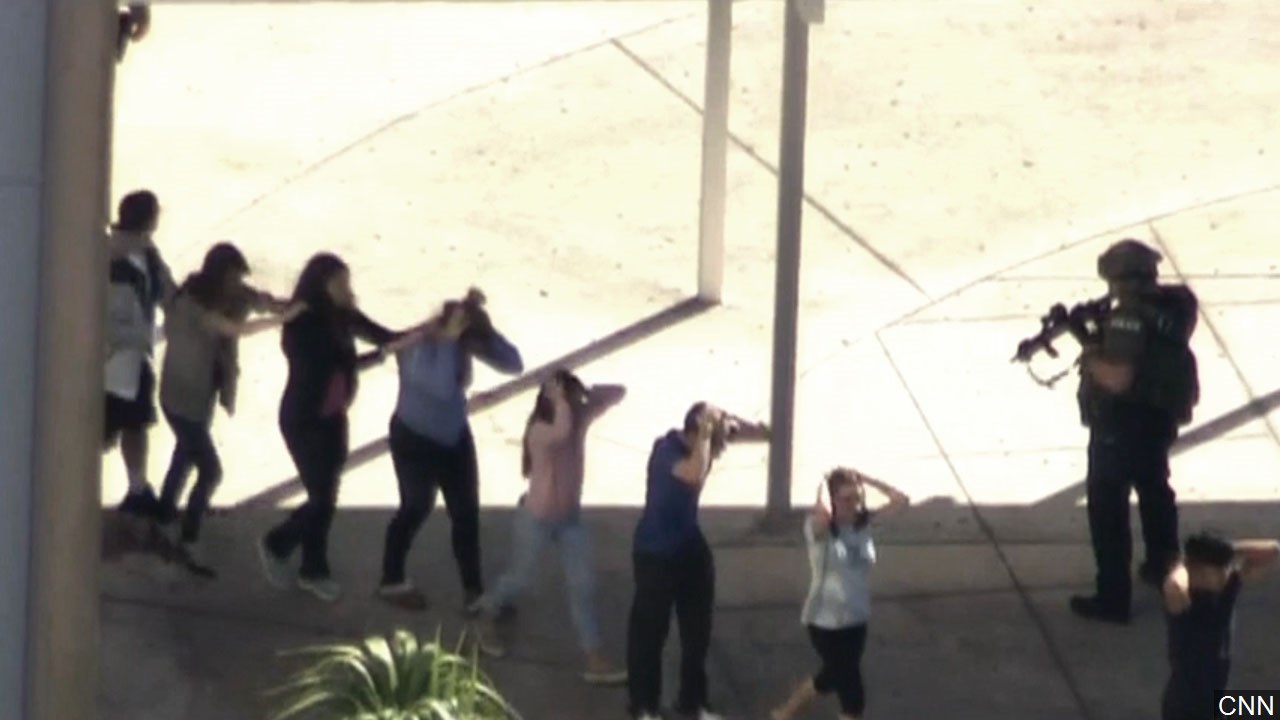 (CNN) -- Nikolas Cruz, described as a loner by a former classmate, had once been expelled from a Parkland, Florida, high school for disciplinary reasons.

On Wednesday, the 19-year-old former student returned to Marjory Stoneman Douglas High School and is suspected of gunning down at least 17 people, in a massacre that has now become one of the 10 deadliest mass shootings in modern US history.

Investigators believe that the suspect pulled the fire alarm to draw people out and get a higher death toll, according to a law enforcement source.

He is also believed to have concealed himself among the hundreds of students fleeing the school, according to the Broward County Sheriff's Office. Investigators were able to identify Cruz from school security videos and found him in a nearby neighborhood in Coral Springs, Florida, according to police.

Officers arrested him without incident. He is talking to investigators, according to a law enforcement source.

Meanwhile, details have begun to emerge of the suspect, his disturbing social media presence and his family life.

He had a variety of gun and violence-related postings on social media sites.

Postings under the name Nikolas Cruz included threatening comments under videos on YouTube and other sites, including "I whana shoot people with my AR-15" (sic), "I wanna die Fighting killing s**t ton of people" and "I am going to kill law enforcement one day they go after the good people."

On his Instagram page, Cruz posted a photo of a shotgun, in another photo he is shown brandishing a pistol that appears to be a type of BB gun. In other pictures he is covering his face with a kerchief, and brandishing long knives.

Police say Cruz was armed with multiple magazines and at least one AR-15 style rifle.

The suspected shooter bought the firearm in the past year and had passed the background check to make the purchase, according to a US official briefed on the investigation. 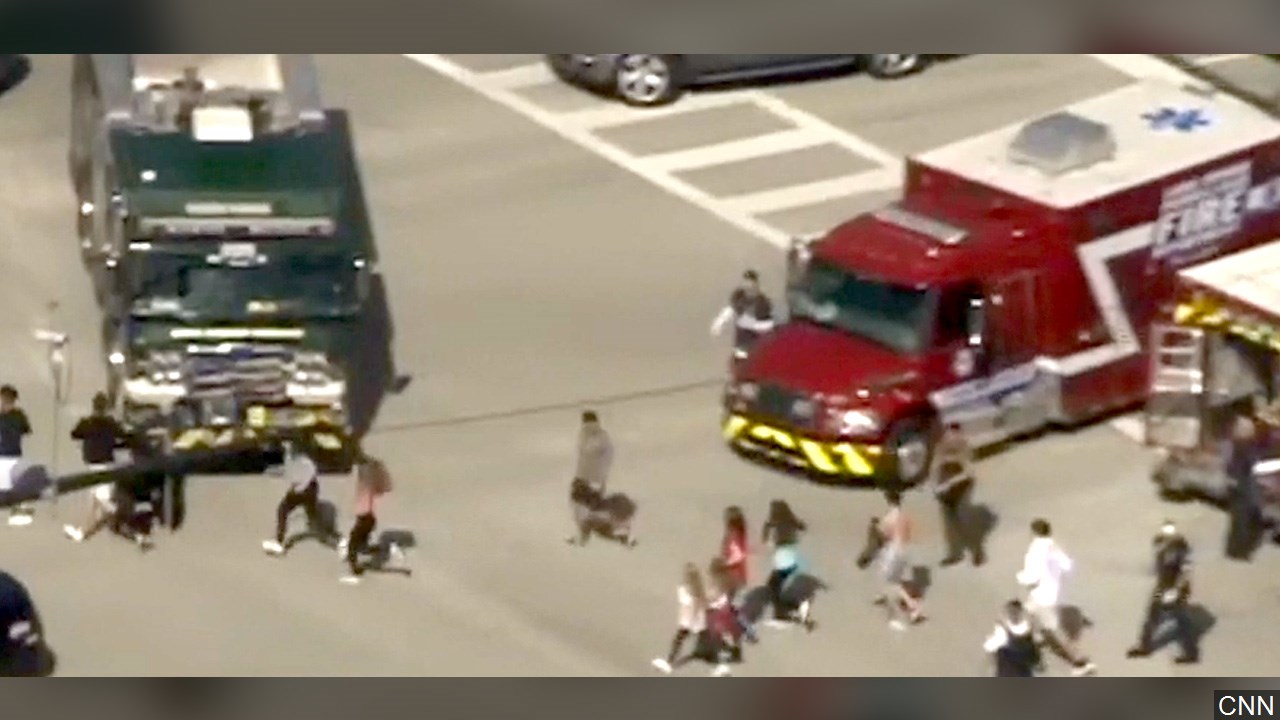 Cruz didn't seem to have any friends and usually just stuck to himself but "once given the opportunity, he liked to talk," said Brandon Minoff, a senior at the school, who was assigned to a group project with him during his sophomore year.

Minoff said he tried to avoid Cruz, "but when I got assigned to work with him, he started talking to me."

"He told me how he got kicked out of two private schools. He was held back twice. He had aspirations to join the military. He enjoyed hunting," the high school senior said.

Cruz appeared to have been involved in the high school's Junior Reserve Officers' Training Corps (JROTC) program, as his name was listed under several awards in 2016, including academic achievement for maintaining an A grade in JROTC and B in remaining academic subjects, consistently presenting an outstanding appearance and outstanding conduct throughout school.

As for his family life, Cruz was adopted by Lynda Cruz, said Kathie Blaine, her cousin.

More than three months ago, on November 1, she died after battling the flu and then pneumonia, Blaine told CNN. Cruz's father had died more than a decade ago due to a heart attack.

Blaine said she had last seen Lynda Cruz about 20 years ago and had never met Nikolas Cruz.

When asked who Cruz lived with since both of his adoptive parents had died, she said: "Nikolas was on his own. He is 19. He was an adult on his own. It's really at this point, I don't understand it anymore than anyone else does. I can't believe it. I can't believe any of these school shootings. I never met him."

Cruz had been living with a friend's family since his mother died last year, Jim Lewis, a Ft. Lauderdale attorney who represents the family, told CNN affiliate WPEC.

"His mother had died back in November of last year, and this family took him in," Lewis told the news station.

Cruz was friends with the family's son who went to Majory Stoneman Douglas High School.

"They offered him a home and tried to help the kid out because he really didn't have any other place to stay." Lewis said.

The attorney spoke outside the home of his clients. The family is cooperating with the investigation and voluntarily let authorities search their residence and answered their questions, Lewis told CNN affiliate WPTV.

They gave authorities the keys to the home, turned in their cellphones and allowed them access to their gun safe. Authorities obtained a search warrant for Cruz's room.

The family isn't speaking to the media at this time, Lewis said.

"They are heartbroken. The kid that lives here goes to that school and knows many of these kids. He is just as heartbroken and shocked as everyone else. They cared for this kid and really wanted to help him," Lewis told WPTV.