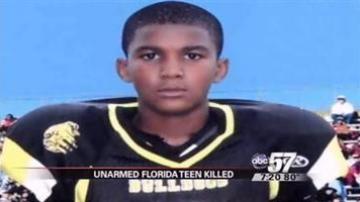 ORLANDO, Fla.-- The U.S. Department of Justice's Civil Tights Division and the F.B.I. are investigating the killing of a Miami teen, by a neighborhood watch volunteer.

College students from across Florida are holding rallies to demand the arrest of George Zimmerman; he is the man who police said shot and killed 17-year-old Trayvon Martin.

Last month, Zimmerman called 911 and said that there was someone suspicious walking through his neighborhood.

The man claims that he shot the teen in self defense, but eyewitnesses said that is not true.

Martin was on the phone with a teenage girl up until her was shot.

"He said this man was watching him so he put his hoodie on."

A Florida Grand Jury and the U.S. Department of Justice are now launching their own investigation.