This time of year when we get warmer temperatures during the day, we begin to see our snow pack melt. As the snow melts our ground becomes saturated, and puddles begin to form. This water on the ground begins to evaporate and help moisten the air mass here at the surface. During the overnight, especially with clear skies, warm air begins to rise allowing temperatures to cool at the surface. Sometimes temperatures will even drop well below freezing. This is when fog begins to develop, and sometimes even dense fog. When temperatures are below freezing we have to watch for the chance of freezing fog. Freezing fog forms as supercooled water droplets form, and remain suspended in the air until hitting an object here at the surface. That object will then begin to form a glaze of ice. Sometimes that object can be the roadways, and that's when we have to watch for hazardous travel conditions.

When you head out the door during the morning hours and see fog, make sure to check your vehicle for a glaze of ice. This can help you determine weather or not ice could be forming on the roadways. As you hit the roadways it's better to be safe and reduce your speeds. Note, fog can be absent in a few areas causing road conditions to be safe, but just around the corner the fog can turn dense, making conditions very hazardous. Also, remember when driving in any sort of fog, do not use your high beams. If you are following a car make sure to not follow their tail lights, follow the reflectors on the road because the person in front of you may not see the road very well either.

Here in Michiana, on average, we see 23 days with dense fog. This follows what we seen last year with 120 days of reduced visibilities and of those 120 days 22 had visibilities less than a quarter mile. These numbers ramp up this time of year as we deal with melting snow and a swing of temperatures. So here over the next few months make sure to be a little extra cautious, especially when temperatures are below freezing during the morning hours. 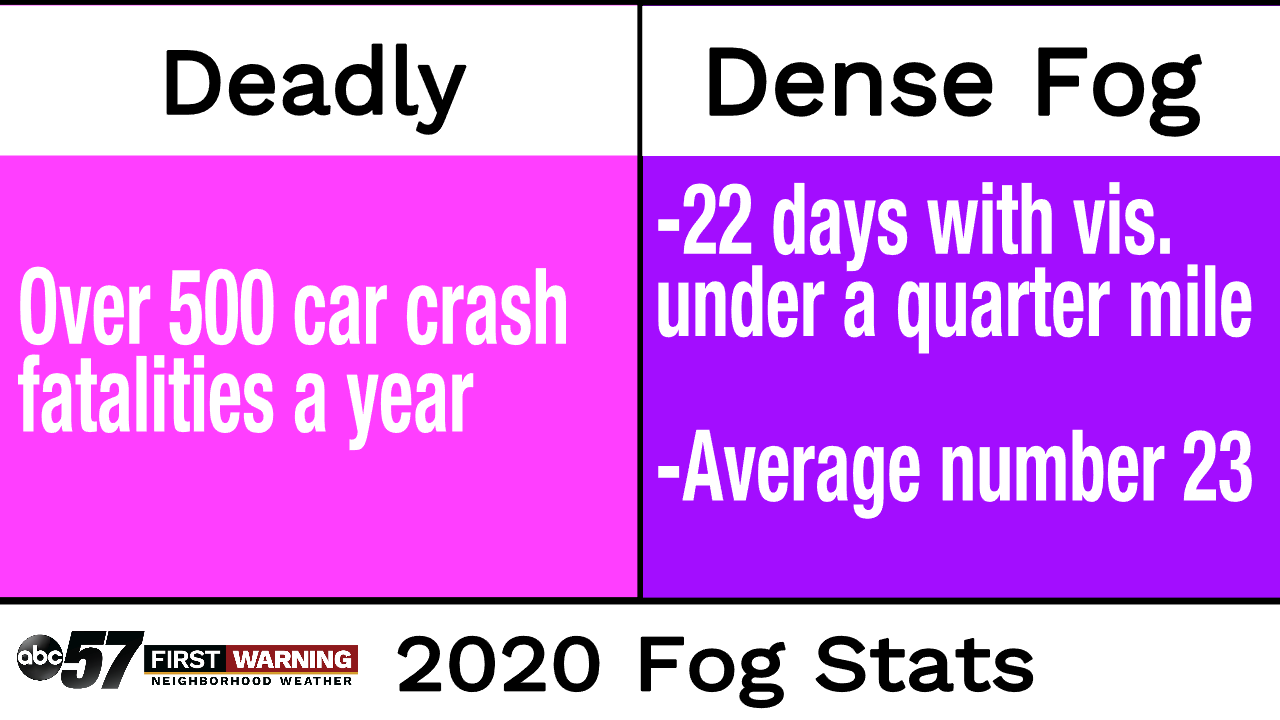 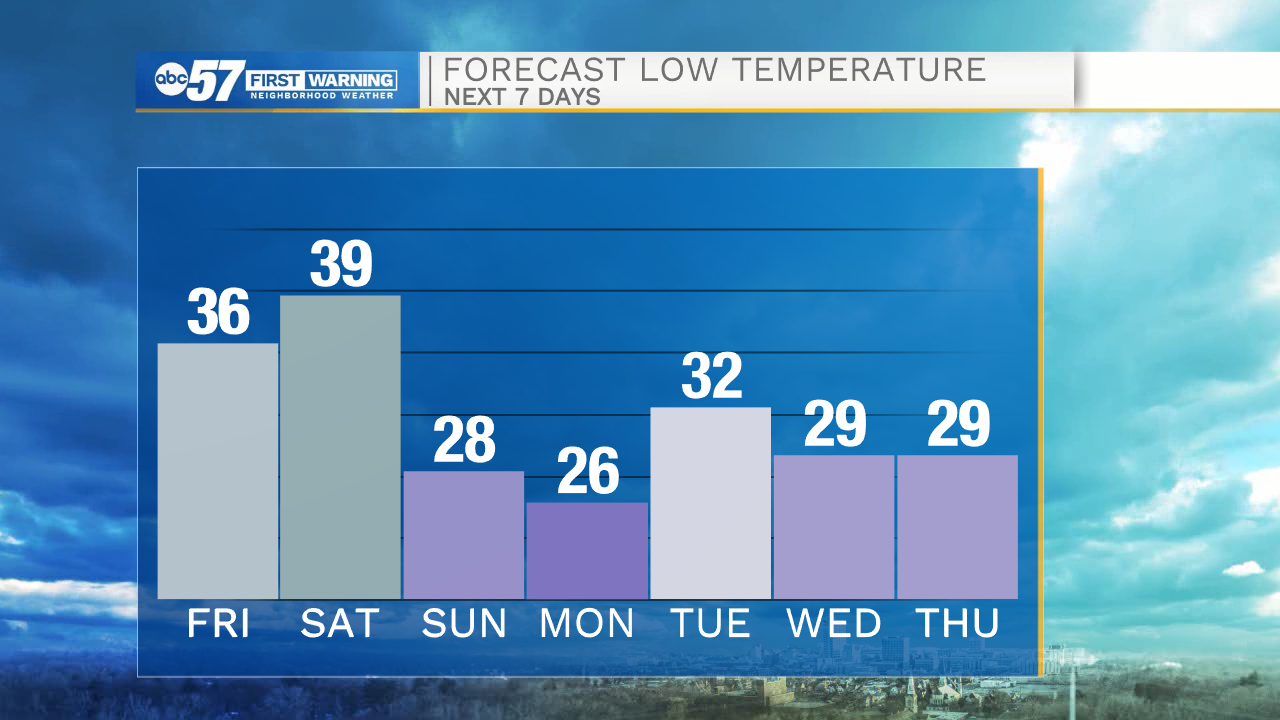