This time of year you may notice more frequent foggy conditions. From late summer to early fall, our temperatures during the morning hours start to get cooler. When these cooler morning temperatures fall to around our dewpoint temperatures, our air becomes more saturated. Saturated air then condenses and forms fog. We can see an isolated amplification of this fog in certain areas, one of which is corn fields. 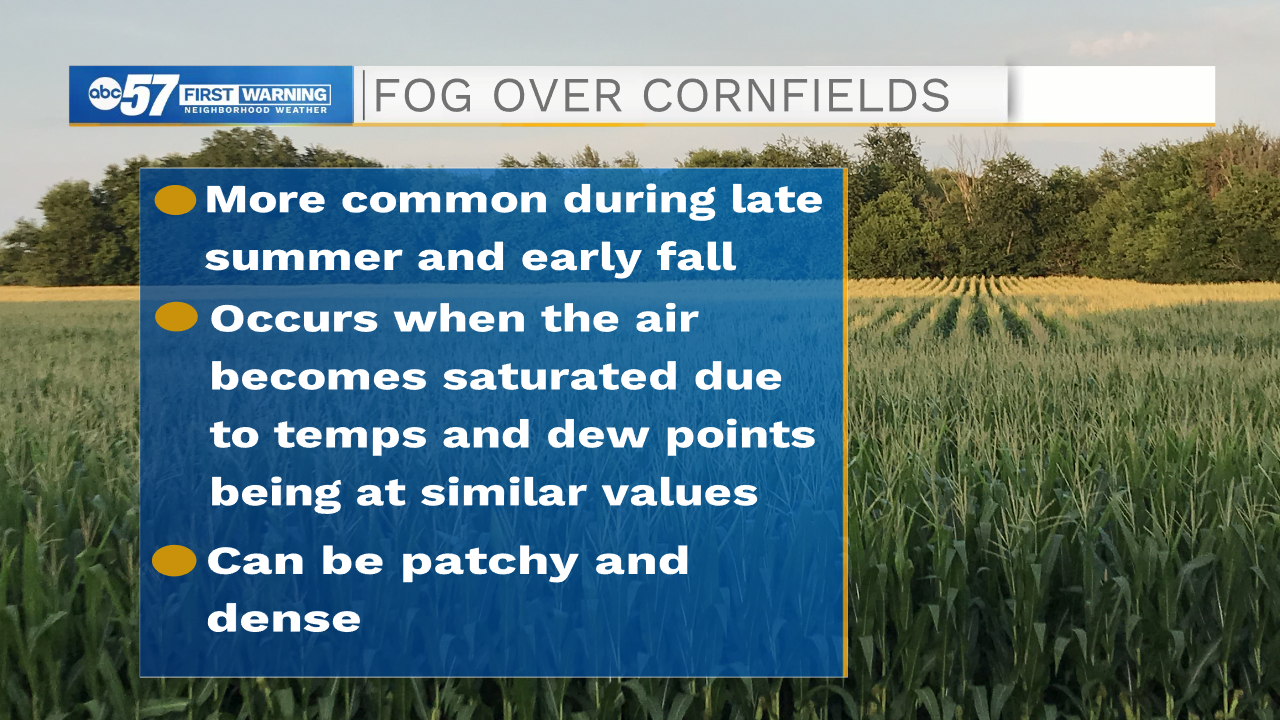 Corn field fog is formed through a similar process. Corn stalks hold a lot of moisture, that moisture then turns into water vapor during a process called evapotranspiration. Once this water vapor cools, it condenses and forms areas of thick fog around the water source. As you are driving during the morning, especially in the months of August and September, you will see this phenomenon. 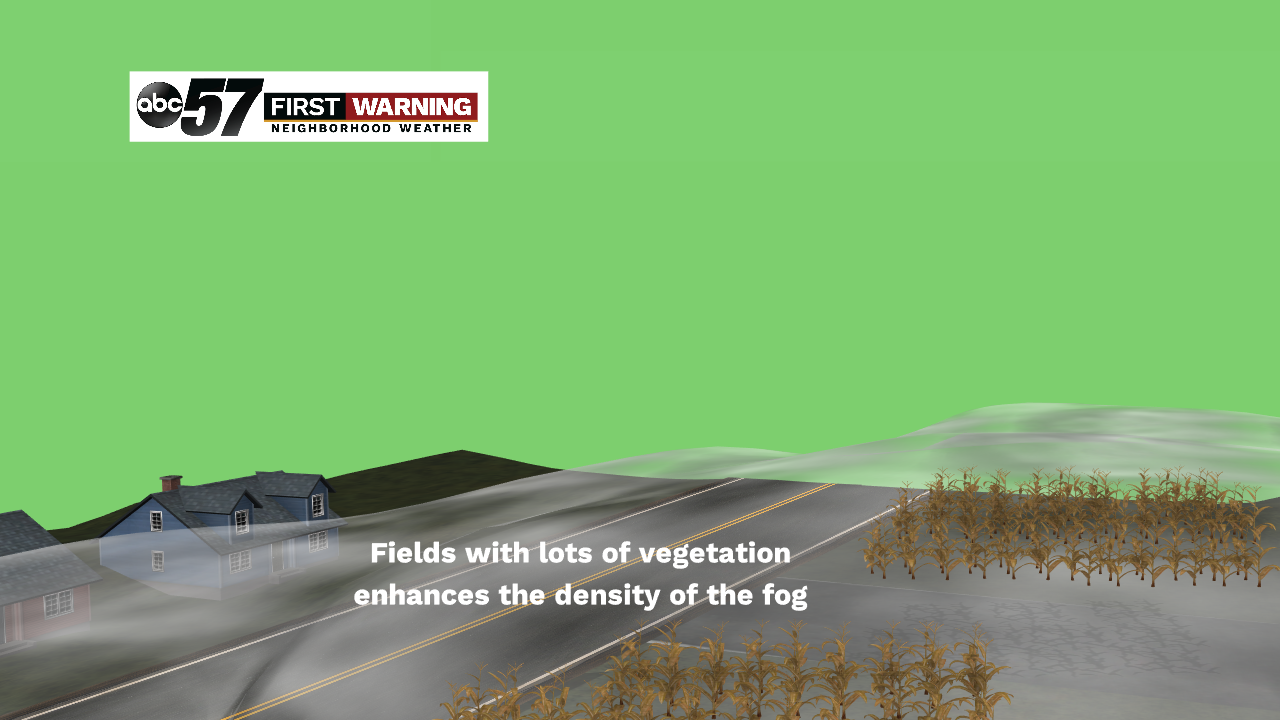 Whenever encountering dense fog always remember to slow your speed and keep your low beam lights on.