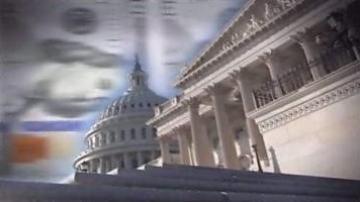 SOUTH BEND, Ind. -- We know what politicians have to say, but what do people right here in Michiana think?

After weeks of debate, there is no clear solution and as of midnight Monday night your hard earned money is officially at risk.

Just last month ABC 57 asked folks about the 'fiscal cliff', but many did not know much about it or how it could affect them directly.

Now that is a different story. All the people ABC 57 talked Tuesday said they are keeping a close eye on Capitol Hill as we each closer to the 'fiscal cliff'.

"It's about the people. We built this country together and they are tearing it apart," said Miguel Jimenez Tuesday night.

As the clock counted down to midnight on Tuesday, folks grew more and more frustrated that republicans and democrats could not come together to make a deal so the country won't plummet over the so called 'fiscal cliff'!

"At the end of the day, they are not representing us when they can't come to a decision on what's best for everyone," said Jimenez.

"I don't think the democrats are still coming up with enough cuts. If they aren't going to cut they need to just go over the cliff," agreed Elkhart resident Tim Elliott.

The fiscal cliff refers to the a series of tax increases and budget cuts set to go into effect January 1st.

Now the republican-held house has until midnight on Tuesday to amend the deal or send it back and folks say they hope the republicans stand their ground and push for more budget cuts.

"The bottom line is if you keep spending what you don't have, you're going to hurt everybody in this country," said Elliott.

As families head to work in the new year, they say they expect their elected leaders to do their job, make a decision and make it fast.