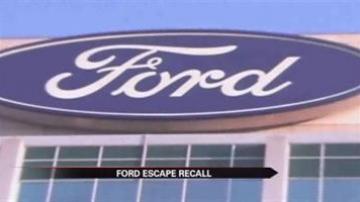 Ford is recalling the 2013 Ford Escape because the company says they may have installed a plug wrong that could cause a leak in the coolant that could lead it to catch fire.

The latest recall is really casting a cloud over the SUV that just launched in June.

Despite the trouble, the Escape has had two of its best months, including August when they sold near 30,000 SUVs.