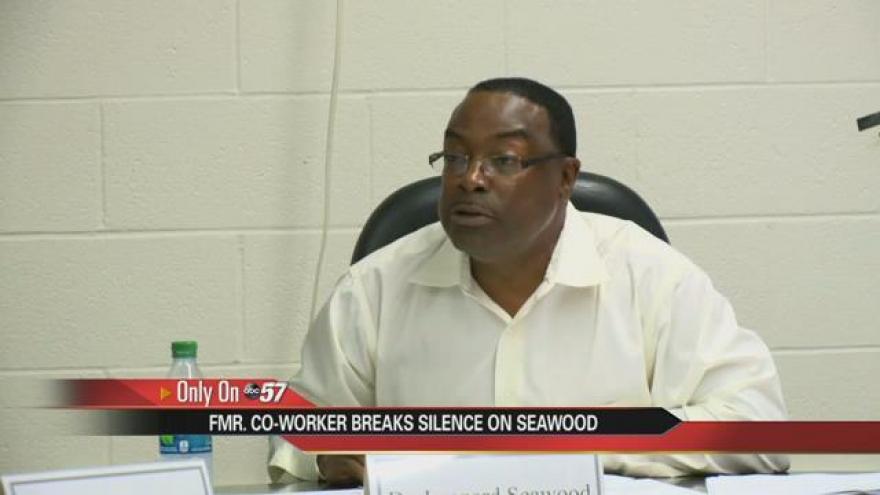 The community is still looking for answers after the superintendent for Benton Harbor schools was suspended five months ago.

Johnson was a contracted by the district as the master electrician from March 2005-May 2015.

Johnson said, “They fired Carol Schmidt and then they paid her for one or two years to finish out her contract while they had a superintendent in place, it just seems to be a trend.”

He said one of the reasons he resigned is because he doesn't agree with how the Benton Harbor School Board has handled Seawood's case.

Johnson said suspending superintendents, putting them on paid leave, and then paying a new superintendent to do the job, appears to be a pattern for the Benton Harbor School Board.

Johnson said, "So it’s just a waste of money and then people wonder why we’re millions of dollars in debt.”

Johnson said a member of the school board asked him to withdraw Dr. Seawood’s security access code to enter various buildings before his suspension was announced publicly.

Johnson said, “'You need to take his code out of the system so he can’t get into a building. I thought it was a joke.”

But it wasn’t Johnson said.

Johnson said, “And then it dawned on me that it was serious. He said don’t tell anybody about this because we haven’t made it public yet, then that night they voted to put him on administrative leave.”

Dr. Seawood is being paid thousands of dollars while on suspension, the board hired a private investigator, and they hired an acting superintendent at the taxpayer's expense.

Johnson said, “So they give the innuendo or impression that something is wrong even though they’re saying he didn’t do anything illegal?”

The private investigator's findings were sent to detectives with Michigan State Police who said it will take several months before they send their report to the prosecutor.

Johnson believes the investigation into Seawood revolves around the possible mishandling of finances and property sale negotiations.

Johnson said, “That he’s making these special deals? But no property’s been sold, he can’t just sign off and sell things. He can set up meetings and have estimates done.”

Sharon James, the President of the Benton Harbor School Board, did not reply to ABC57 for comment on this story.

On  Friday at 6 p.m. and on Saturday at 8 a.m. there are special meetings where the school board may discuss the situation. Both meetings will take place in the student commons area at Benton Harbor High School.