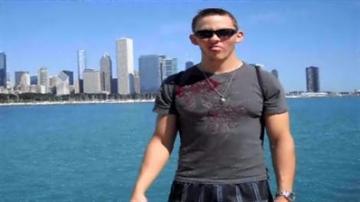 ST. JOSEPH COUNTY, Ind. -- A St Joseph County man is taking Walgreens to civil court. He says they were wrong in firing him for exercising his Second Amendment rights while off-duty.

Walgreens has a policy against guns in the store whether it’s an employee or a shopper.

The fired employee, 21-year-old Jonathon Hartzell, was not working and was at a different store than he worked when the alleged violation occurred.

"He was terminated for doing nothing other than exercising his legal right to carry a gun while he was off work,” said Guy Relford, Hartzell’s attorney.

Hartzell was fired for allegedly violating Walgreen's policy against workplace violence, which says he cannot have a gun on their property while he is working.

"He knew he was within his rights. He told Walgreens specifically, your policies are too broad in terms of restricting my ability to carry a gun,” said Relford.

With few exceptions, they cannot prevent you from keeping a weapon locked inside your car out of sight.

"It doesn't matter how big a company you are or how many attorneys you have, when you break the law we're going to hold you accountable,” said Relford.

Relford says there are three things the company can do to fix this issue.

If Walgreens is found to have violated these state statutes they could be hit with punitive damages.

We contacted Walgreens today for comment. They said they reviewed Hartzell’s situation and offered him his job back, but he declined.

Relford said the company was unwilling to provide Hartzell with any guarantees that would prevent them from turning around and firing him the next day.