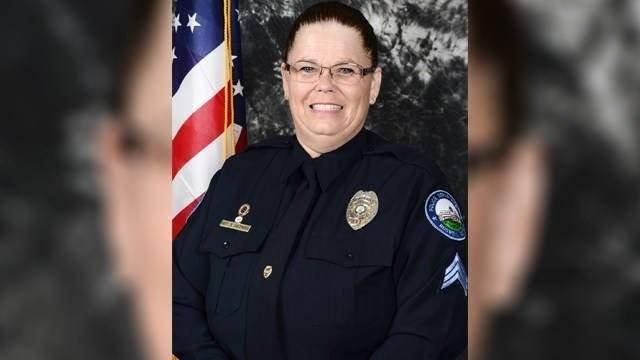 Roswell, Geogia -- A former Roswell Police officer who was fired after police officials said she displayed a Confederate Flag on her front porch filed suit against the city's police department.

One of the groups representing Sgt. Silvia Cotriss said the 20-year police veteran was fired after an internal investigation decided her displaying the flag in her front yard was "conduct unbecoming."

"I did absolutely nothing improper in displaying the US & Confederate flags on my own property, and being fired by Roswell PD violates my First Amendment rights." said Sgt Cotriss.

The Southern Legal Resource Center, which is representing Cotriss, along with attorney David Ates' office said a complainant said they saw the Confederate flag on a pole under the US flag in the front yard of the offices home in Woodstock, GA with her cruiser in the driveway.

Cotriss said that's not possible, according to a release sent to CBS46, "as the vehicle had been returned to the Roswell PD motor pool well before the complainant saw the flags in my yard"

Cotriss was fired on the grounds of unbecoming conduct and duty regarding conduct, which says an employee must not do anything that jeopardizes the public's respect for the employee or the department.

In July, Pastor Lee Jenkins and one of his Eagle Nest Church members complained to the police chief after the member said they saw a Confederate flag flying in a Woodstock driveway where a Roswell police car was parked.

"How can we trust an officer like that to do their job with integrity," Jenkins told CBS46 at the time.

Roswell Police Chief Rusty Grant launched an internal investigation and found the home belonged to Cotriss. She originally told investigators the flag belonged to her roommate who just moved to Kentucky. She said she couldn't remember his last name. She then admitted to flying another Confederate flag that she purchased with her late husband last year in Panama City.

Cotriss said she wasn't aware the flag was a symbol of hate and racism to some people.

"It's been up here since we moved here and we've lived here for two years now." Hanna Dolce said.

She lives across the street from Cotriss and says she and her family aren't offended by the flag.

"Everyone's different. Not everyone is using it in that negative way and she's really nice," Dolce said.