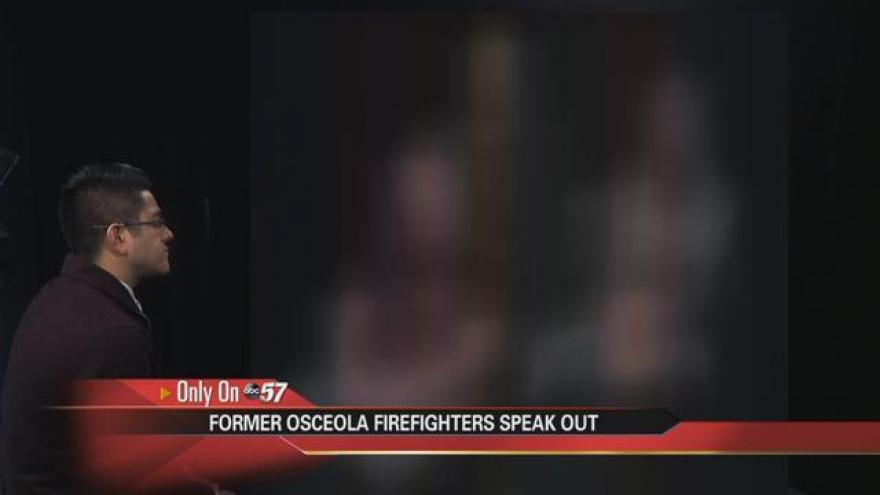 A pair of controversial Facebook comments by a council member.

Now four former Osceola firefighters are sharing their side.

These four men want their jobs back and they want town councilwoman and fire liaison, Debra Davis, to step down.

Just hours after a special meeting to discuss the future of the town’s emergency services, Davis posted comments to Facebook.

These comments were brought to our attention at ABC 57 News by four former volunteer Osceola firefighters.

The firefighters, wanting to remain anonymous, are stepping forward to say they were treated unfairly and were forced to quit, or were fired from their positions, unlike Davis’ comments.

“For her to go on and degrade the fire department, degrade the town's people themselves who have done nothing wrong. She degraded every one of them by calling them idiots. Calling us fire guys idiots,” said one of the firefighters.

Another firefighter said the last remaining man at the station is being forced out.

“Most of us were let go in the last three months. And they are trying to force the last guy out right now. So for them to say they want to try and make it work for the town and for the residents. To me it seems like a lie and like they are putting up a front,” said the firefighter.

Davis did respond late Tuesday saying her comments and references to “idiots” were “about the news media” and that “no one really read my entire post.”

The firefighters say they just want their jobs back and to serve the community.

“We are not a paid department. We are not looking for increases. We are just looking for better equipment to serve our job and the people in town that live there. The last board meeting how they said nobody is allowed to speak their mind. That was a slap in the face. They are going to have to raise the taxes either way, so they should have a say in what they want to do with their town,” said one of the firefighters.

In his reply he chose to focus on a possible tax increase for the town.

“Raising a fire protection tax may be necessary to pay for fire service. Nothing worthwhile is free,” said Wesco.

The former firefighters say they would like to see progress as soon as possible.

“That town needs a fire department. No ifs, ands or buts about it. I want to see Davis step down after the comments; I don’t think that’s right at all. I want to see the department brought back. We are there for people on their worst day of their life. These are the department’s worst times. And I think we need the people of the town to be there for us, voice their opinion at town meetings,” said one of the firefighters.

That next town meeting is February 7th at Osceola town hall.